AGW Fraud exposed by (almost) a Man on the Moon

Posted by Geoff on June 19, 2018
John Stewart watched Neil Armstrong walk upon the Moon and composed a song about it (link). This was recorded by my (late departed) friend Reg Lindsay who had a hit with the song (See below)

Armstrong and Buzz Aldrin's Apollo 11 mission was preceded by many including Apollo 7. 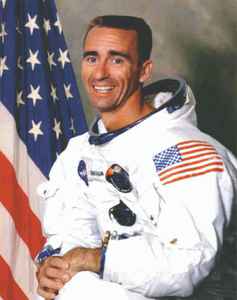 GLOBAL WARMING FACTS VERSUS FAITH
Anyone can read Walter's whole treatise from the link above, but here is his conclusion:

Understanding global warming and what, if anything, humans can do to affect it are scientific questions that can be answered only by science and scientific data. Yet global warming alarmists invariably try to make their case by resorting to rhetoric, dogma, opinion, and emotion. The closest thing to scientific data in their articles is the occasional chart claiming a poorly understood correlation between atmospheric CO2 and the Earth’s temperature.

Correlation is not causation. For five years, Michael J. Economides, a professor of chemical and biomolecular engineering at the University of Houston, has had a standing offer of $10,000 for a single peer-reviewed paper showing causality between CO2 and increased temperature.

On the other hand, scientists who understand the Earth’s temperature—as much as it can be understood—rebut the alarmists with papers replete with facts, science, charts, and data tables.

With so many uninformed and misguided politicians ignoring the available science, our country’s priorities will drift away from hard science and tend toward decadence. The politicization of science is tantamount to killing it. It is our collective responsibility to champion the use of responsible science to inform politicians.

There are hopeful signs that some true believers are beginning to harbor doubts about anthropogenic global warming. We can only hope the focus of the discussion returns to scientific evidence before we have perpetrated an economic disaster on ourselves and generations to come.