Turnbull’s pipe is full of holes 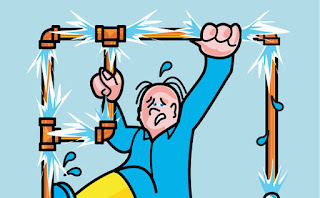 An old friend, Ron Pike ( a retired irrigation farmer and water consultant), had a piece published in the Australian today.


Sixty-eight years earlier a visionary prime minister, Ben Chifley, announced the start of the Snowy scheme with these words: “This plan is the greatest single project in our history — it will provide vast supplies of water and power to drive decentralisation of industry and population. This is a plan for the nation and it needs the nation to back it.”

The great achievement, not only made a great contribution to Australia's power future, it also
"changed Australia from a mostly British agricultural society to a proud multicultural and industrial country."

As a young lad, our scout troop went to the original Snowy Scheme and provided catering for the workers. I even remember having a conversation re the catering with the then Governor General of Australia, Field Marshal Sir William Slim, 1st Viscount Slim.


This appears to be no more than a thought bubble about something we rejected as too expensive over 20 years ago.

“Pumped storage hydro requires about 20 percent more energy to pump the water than is returned to the system when that water is used to generate electricity. PSH is a net user of energy from the system. For example, 100-megawatt hours of pumping returns 80MWh of generated power.

“Therefore it is only commercial when the differential between peak and off-peak prices (is) far greater than 20 percent.”


As a result, Turnbull’s so-called Snowy 2.0 can never be a solution to our power needs

Who gave PM Turnbull this advice? Was it someone on his side? Or was it an enemy?