More doom and gloom at the taxpayers’ expense
Anthony Cox

The lads and lassies at the sky is falling CSIRO and BoM have produced their annual the end is nigh report.

I’m not going to say they lie or that the report is bullshit, just that they are wrong. A few examples based on claims from the report: 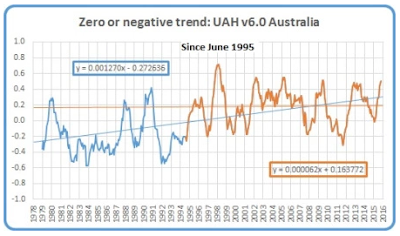 That’s a pause in temperature rise for 21 years.

The Sea Surface Temperature (SST) is a bit more complicated. Around Australia the BoM shows a
consistent increase over the 20thC. However in the neighbouring Pacific Islands SST has not been showing this increase in SST which is shown in Australia. For instance, in Vanuatu there is no such trend in SST: 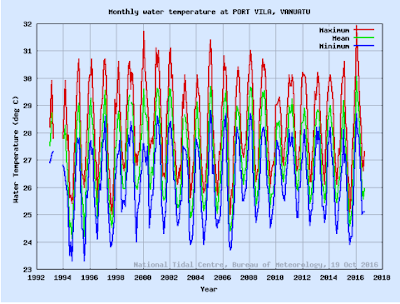 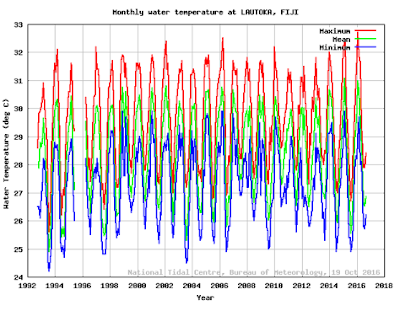 2 The duration, frequency and intensity of extreme heat events have increased across large parts of Australia.
This is plainly wrong. David Stockwell shows there has been no increase in droughts which contradicts the official DECR report. Geoff Sherrington shows heatwaves are not trending upwards:

Cyclones are not increasing as the BoM shows: 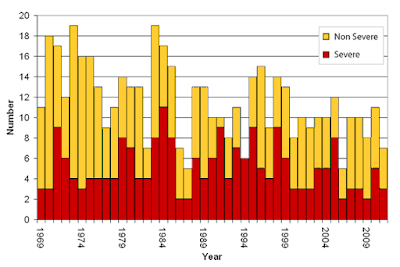 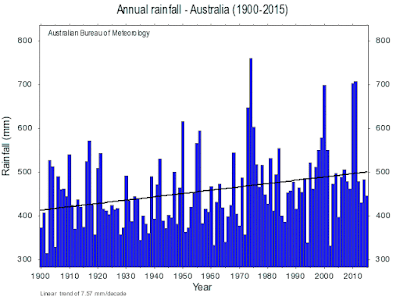 How is this a bad thing? Of course, any good news is excluded from these reports. They are for one purpose only: to instil fear and force politicians to make policy decisions consistent with the zealots who produce these reports.

The report says: Sea levels have risen around Australia. The rise in mean sea level amplifies the effects of high tides and storm surges.
This is classic alarmism. A statement which is nominally correct used to justify fear-mongering. Sea level was looked at in Watson’s paper which showed no increase in the rate of rise:
This rate of sea level rise is far less than predicted by alarmists; around 1 mm PA in long standing sites like Port Arthur as the 2003 Hunter, Coleman and Pugh paper shows. Or 0.5 mm PA at Fort Denison: 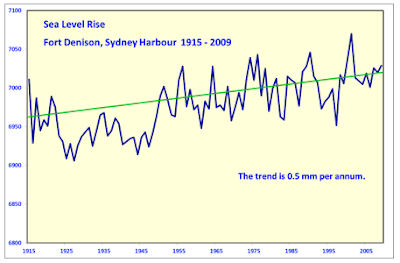 This rate of between 0.5mm and 1 mm PA is not only shown in other locations around Australia but also inconsistent with CO2 emissions and modelling by the IPCC as Ken Stewart shows.

Globally today’s sea levels are completely normal and not exceptional at all. At the Monash University site the Sahul Time interactive graph shows that previous sea levels were up to 135 meters less than today and 4 meters higher, with no correlation with CO2 levels.