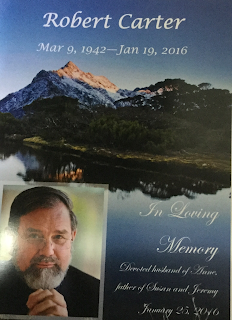 One of the world’s most well-known campaigners against senseless climate alarmism and corruption, Professor Bob Carter, passed away on 19 January 2016. I’m sure most of the recipients of this email would have seen Bob Carter present one of his lectures either in the flesh or on video and been enormously impressed by his honesty and dedication.  For me personally, he was always prepared to go out of his way to help.
Among his other involvements, Bob was a founding member and a director of the Australian Environment Foundation (AEF), a body dedicated to evaluating supposed environmental problems in the light of evidence-based science, as opposed to ideology.
In memory of Bob’s work, a group of Bob’s friends and associates (including non-members of the AEF) have got together to start a lasting tribute to Bob’s work – “The Bob Carter Memorial Conference and Lecture Series” and are asking for donations to this fund.
The Bob Carter Memorial Conference and Lecture Series will encourage scientists and others to meet and discuss scientific topics where it is possible that ideology has come to dominate rationality and scientific integrity. As the name suggests, the fund will support conferences or lecture tours by eminent speakers on topics which are difficult or impossible to discuss in the mainstream scientific forums. The fund will be overseen by the directors of the AEF who will be the trustee for the account.
If a sufficiently large fund can be generated it would be envisaged that there would be one conference/lecture tour each year and it would be hoped that these events would recoup a significant fraction or all of their running costs, so that the fund expenditure would be no more than the interest earned on the principal.
Topics for discussion might initially focus on climate change, but would extend to other topics which were close to Bob’s heart, and eventually to new issues that suffer the same pitfalls. Activities could be in any country but would likely be in Australia for the first events. One of the aims for each gathering is to provide an opportunity for unstructured discussions among sceptics of post-modern science.
To donate to the Bob Carter Memorial Fund, please visit http://www.australianenvironment.org/donate
(and when you are donating to the Bob Carter Memorial Fund, please also include 'BCMF' in the reference).
You might consider becoming a member and supporter of the AEF (you will find a membership application form on the above web site).
I do encourage you to make a donation as this initiative will provide a valuable forum for discussion among like-minded people, of possibly politically-incorrect topics; such discussion is already being banned in parts of the USA.