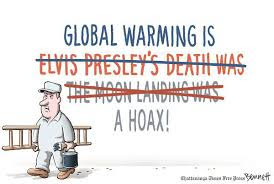 The same Maurice Strong has been hiding in China (with all their genuine pollution) to avoid being
arrested in connection with the UN's 'Oil for Food' program.  He is suspected of taking bribes during that period.


Strong was the driving force behind the idea of world governance by the United Nations when he dreamt up a world tax on monetary transactions of 0.5% which would have given theUN an annual income of $1.5 trillion. About equal then to the income of the USA.

The stumbling block was the Security Council, and their power of veto. He devised a plan to get rid of the Security Council but failed to get it implemented. Then came along the idea that global warming might just be the device to get his World Governance proposal up and running.

To speak ill of the dead is not nice but, here goes: Good riddance