Lewandowsky and the art of lying. 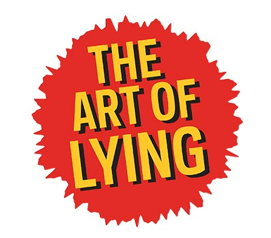 Lewandowsky is a self-appointed expert of climate change denial and the psychology of denial. He is a psychologist that half-way house between medical reality and pathological fantasy. His history of publications is a template for AGW science in general; which is to say, whatever it takes.

Some of his recent efforts include an attempt to compare denialists with those who thought the Moon landing was faked. Lewandowsky’s ‘survey’ used to reach this conclusion was excoriated by various people including Jo Nova, Lucia, and .Watts. This peer reviewed paper was followed by an equally appalling paper called Recursive Fury, which was withdrawn, had citations changed and was generally regarded as deplorable.

Perhaps the greatest irony with Lewandowski’s early work about deniers believing the Moon landing was faked is that many of the astronauts who had been on the Moon regarded AGW as a scam and false idea. On that basis Lewandowsky’s theory is as loony as the man in the Moon.

But Lewandowsky, like any person on the public teat without fear of consequences, like getting fired, is indefatigable. He has since combined with that other character of AGW, Michael Mann in writing another paper complaining about the terrible characteristics of deniers and critics of his ‘work’. This paper too is irreparably flawed and has been eviscerated.

What shines through in all of Lewandowsky’s ‘work’ is an arrogance and disdain so large that any correlation with his work to the normal standards of science exists only in Lewandowsky’s mind. In fact Lewandowsky has no concern with the truth as his latest article shows.

In this diatribe any pretence of fact and reality is lost in a sneering ugly bray at the concerns of people affected by those blights and symbols of the lies of AGW and Renewable energy, wind-towers.

Lewandowsky clumsily reverses Hugh Morgan’s apt comparison of the hysterics of AGW with “Chicken Littles” and belittles the victims of the wind-towers which infest the country-side like useless Wickermen. Lewandowsky says:

wind turbine syndrome has no presence in the medical literature.

Lewandowsky’s link is to an article by Simon Chapman at The Drum. Chapman is a sociologist which is like saying you have a PhD in having an opinion. Chapman has no medical qualifications or knowledge and his conclusions and Lewandowsky’s use of Chapman’s conclusions are both so vested in believing AGW that they are useless and lies. There is considerable medical evidence to support the health complaints about wind-towers.

Lewandowsky also links to an article at the most ironically named The Conversation and an article by some other academic who is an expert in sustainability science, whatever that is, most likely another word or phrase to allow condescending academics to berate the public into conforming to the constraints necessary to ‘solve’ AGW. This sustainability expert in turn refers to a CSIRO scientist who has proved the Club of Rome predictions about depletion of resources and the Erhlich population induced crisis were correct.

This is the stuff of pessimism and smallness of mind and disregard for humanity. The Club of Rome’s predictions have not come true and Barnett and Morse’s optimistic view has been vindicated in both specific follow-up studies and by parallel studies by such people as Lomborg in his seminal work The Skeptical Environmentalist and economic geologist Professor Cathles from Cornell University.

The Club of Rome rubbish so embraced by people like Lewandowsky is best summed up by this dreary fool writing at The Drum. The writer Horton is described as a writer and polymath! Such pretension!

I grew up in the 1950’s on a diet of S-F written by such people as Heinlein [before he took a left turn to navel gazing], Asimov, Clarke, Blish, Anderson and Vance and later Niven and Robinson with his remarkable terra-forming of Mars series. Despite some dystopias and the still operating reflex of the cold war paranoia, the prevailing mood was a can do one; the Universe was huge and opportunity was boundless for both individuals and species which had the ingenuity and drive to take those opportunities.

60 years later, the supposed length of AGW, and we have pusillanimous tripe like this junk by Horton and pretty much everything by Lewandowsky. It’s as though there is no Universe, life is doomed everywhere unless it subscribes to the principle of sustainability and dares not exceed the prescribed natural limits which are ideologically rather than physically defined. The implication in these stultifying examples of mediocrity is that there can be no more technological advancement and humanity has peaked; it is like those pontificating fools who in the last century or so declared that all science was known, the science is settled and the bureaucrats are now in charge.

The psychology behind this limiting definition of reality, I think, comes from the high opinion that people like Lewandowsky and Horton have about themselves; and given this high opinion their reality is what they can understand and perceive; this is like a perversion of Kant’s transcendental idealist philosophy that time and space are not materially real but merely the ideal a priori condition of our internal intuition; in short Horton and Lewandowsky do not understand or care or accept as real anything outside his perception.

What a dismal prospect the future will be if it is controlled by the likes of Horton and Lewandowsky!

Anthony is responding to an opinion piece by Lewandowsky -

Look out for that turbine! Climate sceptics are the real Chicken Littles