Beating the IPCC with their own numbers 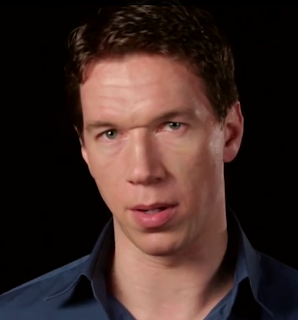 Topher Field (we know him from his great 50 to 1 project - see here) has written  a companion piece for the American Thinker. (link)


Beating the IPCC with Their Own Numbers

Much noise and fury surrounds the debate over taking action on climate change.  Many parts of the MSM are monolithic in their endorsement of any and every scheme to 'combat climate change' and our pseudo-intellectual elite would make Pavlov proud as they battle to be the most vocal to decry those who "deny" the Anthropogenic Global Warming theory.
But what we don't see much of are cold hard numbers.  Oh we see lots of numbers of the rubbery or nebulous variety, the plucked almost from thin air variety, but very little in the way of actual hard sensible numbers that were arrived at in an actually sensible way.
This is largely of course because such numbers are hard to come by in a field of "science" which deals entirely in the speculative.  Most of the numbers we hear, whether it be a certain amount of warming, or sea level rise, or the north pole being ice free by a certain date, are the product of computer models.  And any computer modeller will acknowledge that such models will tell you anything you want, depending entirely on the numbers you put in to start with.
So does that mean that numbers are useless?  Far from it.  In fact I've recently had the pleasure of taking the IPCCs own numbers and using them to destroy the case for action on climate change.
Allow me to explain.
If you assume the Intergovernmental Panel on Climate Change are right about everything and use only their numbers in the calculation, you will arrive at the conclusion that we should do nothing about climate change!  Yes, you read that right.
In fact, careful modelling (there's that word again) shows that we are 50 times better off waiting and adapting to climate change as it happens (assuming it happens) than we are taking action now, using their numbers!
We know this because we can compare the cost to benefit ratio of the Australian Carbon Reduction Scheme (cost vs. carbon emissions reduced) to the cost of climate change as calculated in the Stern report, which is accepted as authoritative by the IPCC.
I shan't bore you with the details, but the end result is that the Australian Carbon Reduction Scheme would cost 80% of GDP if it were expanded worldwide to the point that global warming were to be halted entirely, (remember we are accepting the IPCCs figures for the purposes of this calculation) but climate change itself will cost between 0 % and 3% of GDP in a 'business as usual' scenario leading to 3ºC of warming this century.  (3º is the IPCCs central estimate, and the Stern Report into Climate Economics which is accepted by the IPCC predicts the 0% - 3% of GDP figure, for that 3º estimate)
It's a ratio of approximately 50 to 1.  It's 50 times more expensive to try and stop climate change than it is to adapt to it as and if it happens.
In other words, even if we give every advantage to the IPCC "consensus" that AGW is theory is correct and unquestioningly accept all their numbers, it still makes no sense at all to be imposing Australian style carbon taxes or European style emissions trading schemes.  It just doesn't add up, even if we strictly use their numbers.
Many people have contributed to this modelling but it was Christopher Monckton who finally pulled it all together and added the finishing economic touches, and then he brought it to me and asked me to share it with the world.
I've made a youtube video called 'the 50 to 1 project' which explains every calculation in a fun and layman friendly way, whilst also providing the sources and introducing some prominent skeptics to the audience at the same time.  The 50 to 1 project was released on monday and has already started to go viral.  You can see that video at www.50to1.net.  You can also see Christopher Monckton's two page summary of the calculations (including the sources for every number used throughout) on the same website.
The AGW alarmist crowd are good at throwing numbers around.  Here's an opportunity for us to throw their numbers right back in their faces.  Enjoy!