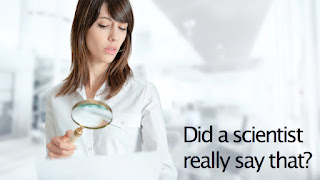 
He has a new list, published by Jennifer HERE.

I consider anthropogenic global warming, AGW, a failed theory, but it still shuffles on like an animated corpse sustained by money, politics and the faithful.  The faithful keep publishing junk science.  I put a list together of the 10 worst climate science research papers in September 2008 [1].  I added to this list in April 2009 [2].  There was more by me published at Jo’s  AGW ‘science’ has fallen over a cliff.  Now I’m adding another ten papers to the worst list, so I guess it’s the ten recent worst.

Jennifer has suggested another 10 article. It’s been a while. Since the last one at Jo’s  AGW ‘science’ has fallen over a cliff. I consider it a failed theory. But it still shuffles on like an animated corpse sustained by money, politics and the faithful.

My First Worst is by a leading light of the AGW ‘science’, Kevin Trenberth. His paper is here.

Trenberth and his researchers have never been able to find the ‘missing heat’. He still insists it is at the bottom of the ocean. This is despite sea surface temperatures declining, demonstrable reasons why backradiation, the Deus ex machina of AGW, cannot heat the oceans and the top 700 meters of the ocean not warming, at least since the accurate measurement of Ocean Heat Content [OHC] began in 2003, as David Evans shows.

Trenberth ignores all this and the basic point of how the bottom can heat while the middle and top don’t and explains why the deep ocean heat content is increasing:

So has there been increasing wind variability in the surface winds: 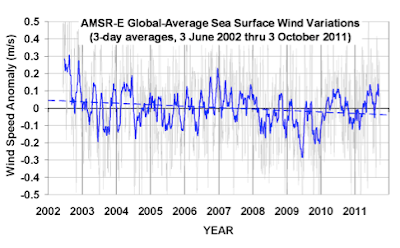 
The consensus is the mainstay of AGW ‘science’. It’s always the case that AGW is true because the majority of scientists say it is. This is bad science. It only takes one contradiction to disprove a scientific theory as Karl Popper’s swan analogy shows. This hasn’t stopped John Cook once again reverting to the consensus ‘proof’. Cook’s consensus paper is here. This paper has been critiqued by Jo, Watts, some German guys and by Lucia. Lucia and Brandon Schollenberger analyse Cook’s methodology and Guidelines for classifying climate papers into ‘support’ and ‘reject’ AGW categories and find, in fact, that Cook’s paper disproves the consensus. By Cook’s own criteria more climate papers reject AGW. Cook has disproved the consensus! Cook has had a chequered publishing career with his mate professor Lewandowsky. Maybe it’s time Cook also left the country.

Professor Richard Muller was once regarded highly by AGW advocates for being a sceptic and then seeing the ‘truth’ about AGW. But Muller was never a sceptic. At Berkeley Muller and his team have self-published a number of papers on temperature and other aspects of AGW. Peer review on these papers is incomplete, so in effect they are draft papers but they have had great influence even head-lighting the options at Wood-for-trees. Major defects ranging from statistical methodology to ignoring or not allowing for UHIE have been levied against Muller. So what does his latest paper do? It purports to show there is NO UHIE. This is ridiculous. In a contemporaneous draft paper Watts employs the updated Leroy method to account for UHIE. Leroy 2010 used a new criteria for heat sinks based on their total surface area rather than distance from them. This gives a truer representation of UHIE since as urban centres grow the surface area of the heat islands increase. Muller however, simply attempts to distinguish between rural and urban areas. The problem is, as the incomparable Willis Eshenbach describes, Muller’s distinction between rural and urban is meaningless since his criteria classifies airports as rural; that is, some if not most of his rural sites are urban sites with UHIE.

Continuing the theme of meaninglessness Foster and Ramstorf’s 2011 paper was meant to be the last word on climate sensitivity to CO2 increase. They removed all the natural factors which may have contributed to temperature increase and were left with a range of 0.014 to 0.018 K yr−1   as the ‘pure’ AGW forcing. This rate was constant from 1979. This should have set the alarm bells ringing for a start since CO2 was increasing exponentially during this period; if the dominant forcing factor was increasing the AGW temperature effect should also have been increasing. But it seems that their methodology was flawed as well as Bob Tisdale notes. Bob was mainly concerned with showing ENSO was not exogenous and could not be excluded as Foster and Rahmstorf [F&R] did but his 2 regression equations derived from F&R’s paper produced some astounding comments, particularly from ferd berple. Ferd uses some algebra and substitution and shows in his own words:

5. A Reconstruction of Regional and Global Temperature for the Past 11,300 Years

AGW has to establish the current climate is exceptional. It has attempted to do that with the hockeystick. McShane and Wyner have demolished what was left of Mann’s hockeystick. But like a weed different forms keep regrowing. 2 recent hockeysticks have emerged and they are true to type. The first was by Marcott and his team including Shakum, who we’ll get too soon. Marcott has it all: incorrect splicing, cherry-picking, inverted proxies, wrong signs, all the problems Mann had and then some including the fact that Marcott’s PhD thesis was almost identical except it did not have the modern day temperature ‘uptick’ or hockeystick blade. Still Marcott remains in print.

Gergis et al’s attempt to show an Australian hockeystick was quickly withdrawn. It was withdrawn because Gergis et al had only selected proxies which correlated with modern temperatures; however that selection process involved detrending both the modern temperature and the proxies. In other words they created proxies which confirmed the exceptional modern day temperature. As Nick Stokes showed when the detrending was removed there was no correlation and in fact significant difference between the proxies and modern temperature and therefore no way of knowing whether modern Australian temperature was exceptional. Gergis is the statistical equivalent of not being able to count to 10.

An insurmountable obstacle to AGW is that there is overwhelming evidence that CO2 does not move before temperature but at best as a response to it or arguably with no correlation at all; this is shown over all timespans: geological, 20thC and 21stC. So to argue as AGW does, that CO2 causes a temperature increase, is to argue against the data. That has never bothered AGW ‘science’ so we have2 new papers saying either CO2 rises before temperature as Shakum does, or that there is synchronicity between CO2 and temperature as Parrenin et al argues. Shakum is easily dismissed because he bases his conclusion on a massive cherry pick of the only period in the last 20000 years where CO2 appears to rise before temperature.

Parrenin does the same thing but says they rise together. However, as Lansner’s brilliant [non-peer-reviewed] analysis of the ice-core data shows in Figure 5, over the 20000 years since the last glacial equal levels of CO2 are at times correlated with both decreasing and increasing temperatures and high and low temperatures. The right cherry pick can disguise that complete lack of causal relationship which is what AGW ‘science’ in the Shakum and Parrenin papers has done.

9-10 Finkelstein and Beyond Zero Emissions [BZE]. These 2 papers deal with 2 of the main peripheral issues of AGW.

9. Report of the Independent Inquiry into the Media and Media Regulation. By Ray Finkelstein QC. Published by the Australian government, March 2012. http://www.dbcde.gov.au/digital_economy/independent_media_inquiry

Firstly Finkelstein’s enquiry and recommendations into press censorship comes down in favour of it on the basis of a gullible underclass being susceptible to a subversive media. The example used by Finkelstein is the press coverage of AGW and its associated issues like the carbon tax and too much consideration of a sceptical position. What Finkelstein clearly indicates is that AGW is an elitist concept with our betters doing what is best for us even if that involves garden variety censorship. This plainly shows AGW is not scientific but a social and political ideology. In this respect readers should exercise their social and political rights on the 14th September.


BZE are an advocacy group for renewable energy. I used to think there may be something in renewable energy but then I grew up. In 2010 BZE produced their Zero Carbon Australia- Stationary Energy Plan whereby they ‘proved’ ALL of Australia’s energy could be supplied by renewables by 2020. This plan was critiqued by Peter Lang and Martin Nicholson, 2 engineers, who agreed. The main 2 provisos were that there should be at least a 60% drop in electricity demand at today’s usage which would mean an effective 70% plus drop on a per capita basis, and a cost up to over $4 billion. Both figures are highly conservative and I’m sure both Peter and Martin would agree that since 2010 the costs especially have sky-rocketed. And this is the heart of renewables; much less for much more. All justified by a science theory, AGW, which has no substance at all.