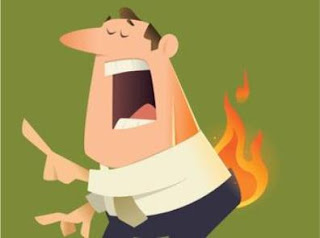 By Viv Forbes and Helpers
20 March 2012
A print-ready copy of this issue of "Carbon Sense" can be downloaded from:
http://carbon-sense.com/wp-content/uploads/2012/03/carbon-lies.pdf

The Australian government's plan to sell their un-saleable carbon tax has hit a snag – their pollsters have discovered that the word ''carbon'' provokes anger in the electorate.

This is no surprise. Most decent people hate liars and the carbon tax campaign has been mired in lies from the start.


There are five big carbon lies.
The first big lie was from Senator Penny Wong who told us that carbon dioxide is a "pollutant". But people soon learnt that this colourless, non-toxic, natural atmospheric gas is the essential source of food for all life on earth.

The second big lie was graphic – government propaganda pictured a "dirty" coal power station belching black pollution. Three lies in one here – the power station pictured is closed, it is in England, and all the carbon dioxide it ever released was invisible.

The third big lie was to claim that there is a "consensus" and "the science is settled".  The reality is that there is no evidence that convicts carbon of controlling the climate - only theories and models. There is also widespread evidence that temperature records have been subject to urban bias and deliberate doctoring so that they show more warming than has occurred. Moreover more than 30,000 scientists have signed sceptical petitions and their number is growing. There is no consensus and the science is not settled.

The fourth big lie was spread by government academics with scare forecasts of searing heat and never ending drought, all caused by the demon carbon dioxide. The reality has been no global warming for twelve years, heavy snows in the Northern Hemisphere and heavy rains in Australia.

The fifth and most memorable big lie was from the leader of the government, PM Julia Gillard: "There will be no carbon tax under the government I lead".

Lest we forget, listen here:

No amount of weasel words from government propagandists and apologists will erase our memory of these five big lies about carbon.

Their negative image problem is profound: Whenever the Australian people hear “carbon” they think “lies".

Farming Carbon Credits
The climate policies of both government and opposition are likely to weaken Australia's capacity to produce food for no climate benefits.

The Carbon Farming Initiative (CFI) is just a crass attempt to bribe the bush to accept the poisonous carbon tax.

Carbon farming was not an "initiative" of the Australian government.

The first carbon farmer probably grew barley in Mesopotamia long before extreme weather prompted Noah to build the Ark. His crops took solar energy from the sun, water from the Euphrates, minerals from the soil and carbon dioxide from the atmosphere to produce carbon food, all without carbon credit subsidies.

Every farmer today harvests carbon in the same way to produce carbon food, fibre and fuel.

The CFI is force-feeding an artificial industry harvesting carbon credits. These fake farmers take the same useful ingredients from the sun, water, soil and air to produce sterile monuments like sacred trees that must not be logged for timber, nor burnt as fuel, nor used in any other way. For growing this useless product they are paid a government created carbon credit subsidy.

This unsustainable farming practice locks up vital resources whilst the subsidies consume community savings. Yet the climate will keep fluctuating, as it always has.

Fake farming is foolish frittering of funds and will fail. Future generations will remove these parasitic monuments to make way for real carbon farmers.


Green extremists seem to be seeking the depopulation of Northern Australia and this sterilisation of our mineral, timber, fishing and grazing resources is creating a dangerous security vacuum.

During WW2, defeatists were prepared to sacrifice all of Australia north of Brisbane to the advancing enemy.

Every green policy seems designed to rid the north of all signs of human activity.

Then the Kyoto scrub clearing bans, the carbon credit forests and the live export barriers will help clear the outback of any hardy graziers or foresters who remain.

Greens will then use ever expanding marine parks to sweep fishermen from the Coral Sea. And the bans on any coastal developments that fall within the fatuous Flannery forecasts of fast rising seas will help clear the Gold, Sunshine, Capricorn and Coral coasts of jobs and people.

The creeping paralysis of Wild Rivers disease should cure any aborigines of development dreams in the Never-Never land.

The final straw will be the carbon tax that will hasten the closure of metal refining and processing in Mount Isa, Townsville and Gladstone, cement manufacture in Gladstone and oil refining in Brisbane.

However, nature abhors a vacuum, so more energetic people will soon occupy and use this empty land and its idle resources.

The new colonists should erect a huge green statue to their benefactor, Bob Brown, with the citation in English, for old time's sake.


The Big Unravelling Starts, in Germany.

“THE CO2 LIES … pure fear-mongering … should we blindly trust the experts?”

That’s what Germany’s leading daily Bild wrote in its print and online editions (6 Feb 2012).
Also on 6 Feb, not one, but two of Germany’s most widely read news media published comprehensive skeptical climate science articles in their print and online editions, coinciding with the release of a major climate skeptical book, Die kalte Sonne (The Cold Sun).
http://notrickszone.com/2012/02/06/body-blow-to-german-global-warming-movement-major-media-outlets-unload-on-co2-lies/

Global Warming is not the Threat - Ice is the Killer.
A Tragedy is unfolding in Europe.
"The cold snap in Europe, which began in late January, has killed hundreds and brought deep snow where it hasn’t been seen in decades". "At least 3 killed in avalanche in Kosovo".

These headlines belie the seriousness of the situation.

That headline would give readers a glimpse of what’s really happening in Europe, where snow drifts reaching above the rooftops have kept tens of thousands of villagers prisoners in their own homes.

Practical Weather Prediction
Here is an interesting book by an amateur meteorologist in our region – Ken Ring. His book is called "Australia Weather Almanac, 2012". Ken uses the orbits of sun and moon and weather cycles and describes these in the book. He believes the moon is a key controller of the timing of weather events, just as it controls the timing of the tides. You can order it at: http://www.predictweather.com/Details.aspx?id=83.

How we are Winning the Climate Wars
"The problem the alarmists had was that there was never anything substantial to hit back at. They had the equivalents of the big guns and the massive air support but there never was a skeptic HQ to be pounded, no big central organisation, no massed ranks of skeptic soldiers or even any third-party backing the resistance. Every one of the skeptics was a lone volunteer guerilla fighter, who needed absolutely no logistical support of any kind to continue the fight indefinitely. The alarmists never understood this, preferring to think that there simply had to be some massive hidden organisation orchestrating the resistance. While they wasted time and effort attacking targets that only existed in their head, each of the guerillas chewed on them mercilessly in their own particular way.
"The closest things they had to a target were the skeptic blogs but these were invulnerable, because they weren’t owned or funded by anyone and were run by unpaid volunteers. The best they could do was vilify the bloggers and send occasional waves of trolls to disrupt the debates, which gradually but inexorably tore the heart out of the pseudo-science, which underpinned global warming."
Read More:   http://thepointman.wordpress.com/2012/03/02/the-climate-wars/

So how do the regiments in green propose to defeat annoying persistent independent gadflies like the Carbon Sense Coalition? The "Frinkenstein" Report gives them the weapon – censorship of any media, journalist, blog or internet publication that Big Government disapproves of. It is time to protest loudly, while we are still allowed to. More  here and here.


"The size and scope of the proposed Super-Regulator is breathtaking. They will have the power to impose a “code of ethics”, force you to print views you don’t agree with as part of a ‘right of reply’, take you to court, and even make you take pieces down! Even personal blogs that get only 40 hits a day will be covered!"

Carbon Sense will keep up the fight.

Last month we appealed for support. We have been very pleased with the response – many nice comments and some even sent cheques. Not enough to enable us to retire to the south of France, but enough to encourage us to battle on. Here are a couple of sample comments:

Viv
You are doing a truly excellent job. Your arguments are always very rational and to the point. I wish we could get more of the average person/voter out there to read them - maybe they will when the cost of the Carbon Tax bites their pocket from every direction. I will send you another donation.

Viv
I’m an old age pensioner who finds it difficult to keep up subscriptions I already have so I just can’t afford another one, but I do some editing for an online journal, and I would be happy to do some editing for Carbon Sense if that would help you.

Bob Carter was also attacked, and a Climategate burglar/forger tried to dig and manufacture dirt on the Heartland Institute.

We will continue to spread Carbon Sense. The battle will be intense as Carbon Tax Day approaches mid 2012. The government will try to swamp the media with scare stories of how bad the climate will be unless we have this tax and how effective their bribery will be as they spread the tax loot around many of the same people they took it from.

Then after carbon tax day, government and their media mates will try to divert attention elsewhere, preferably with stories on games and circuses.

"The data doesn’t matter. We’re not basing our recommendations on the data.  We’re basing them on the climate models."


"The models are convenient fictions that provide something very useful."

Anything in this newsletter that could be construed by our savage public watchdogs as an attempt to affect the result of any election is authorised by: