Uselessness of Wind Farms and the Duke of Edinburgh 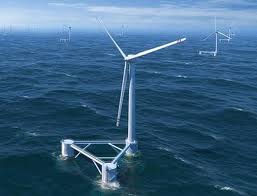 The Mail on line reports that:


Former Chancellor Lord Lawson yesterday led the backing for Prince Philip after he branded wind farms ‘absolutely useless’. Lord Lawson, a former Tory Chancellor and leading climate change sceptic, said: ‘[The Duke] is spot on. He rightly feels strongly about the issue and equally clearly knows what he is talking about. ‘If you tried to devise the most costly and inefficient means of generating electricity imaginable, you would choose wind power – which is also an environmental monstrosity, desecrating ever more of our English landscape. ‘And the cost of all this – to no benefit except to the wind power industry itself – is paid by all electricity consumers, including the poorest, and damages the British economy which is fragile enough as it is.’

The theme was taken up by the [UK] Telegraph's Clive Aslet:


You have to hand it to the Duke of Edinburgh. At 90, he is still as incisive as ever. Once again, the Royal family has articulated what ordinary people, without the ear of the media, have long felt. His son might have called the wind farms that are besmirching our mountains and waving their giant arms inanely out at sea “a monstrous carbuncle”. Prince Philip chose “disgrace”. So they are. The politicians who foisted them upon us should be put in the stocks.
Wind farms are Blairism incarnate. Wanting to look big on the international stage, he committed Britain to some preposterously over-ambitious targets for reducing our greenhouse gas emissions. As ever, this was glittering, shop-window stuff, the bill for which would somehow be obfuscated by the dour Scot in accounts. After due nail-biting, Brown came up with a system so convoluted that most people have only just realised that the person who ultimately pays is the consumer.

The Duke was backed by Dr Benny Peiser of the Global Warming Policy Foundation who said: “Prince Philip is telling it as it is. Wind farms are a complete waste of money and a huge burden on consumers who have to pay for them. Prince Philip is a strong environmentalist. He is clearly sending out a message that the current policy is a disgrace from both an environmental and economic point of view.”
John Constable of the Renewable Energy Foundation said: “The Duke is drawing attention to the cost to the consumer and he is perfectly right.
“The scale of the policy for wind proposed in the UK is technically and economically reckless. This is not the right way to develop the green future.” The Foundation says that more than half the annual income of an onshore wind farm comes from subsidy, rising to nearly 75 per cent for offshore wind farms.

The absolute uselessness of the wind farms is all over the British Press. What about it, Australian Alarmist Press? ABC radio and TV? Sydney Morning Herald?