Posted by Geoff on May 04, 2011
In an article entitled A Less-Than-Noble Consensus in The Australian Financial Review, Garth 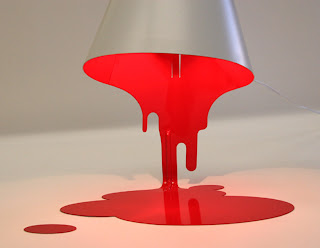 Paltridge poured a bucket on the so-called Scientific Consensus.

Garth is a retired atmospheric physicist and has worked as a Senior Research Scientist for the Radio and Space Research Station, Buckinghamshire, England, a Research Scientist and later Chief Research Scientist at the CSIRO and as a consultant to the World Meteorological Organisation in Geneva where he was involved in the early development of the World Climate Program. As well as many peer-reviewed papers, his most recent work is
The Climate Caper: Facts and Fallacies of Global Warming

We hear that Julia Gillard is happy to have the CSIRO, the Bureau of Meteorology and the Australian Academy of Science on her side while making her arguments for a carbon tax.   Well of course she is.  She and her predecessors bought them.  And bought them good.  Over the last couple of years her Department of Climate Change (the DCC) gave them 27 million dollars in the form of research grants.   That pays a fair swag of the salaries of the CSIRO and Bureau climate scientists who make up the majority of all employed climate scientists in Australia.

He mentions that University climate  researchers also benefit from the Government's largesse and that they get their money fairly easily  from the DCC whereas normal University research funds which come mainly from the Australian Research Council are not as easily obtained.

The average climate scientist is extremely reluctant to go against the tide of official opinion set by the research activists of his field, whatever might be his private thoughts on the matter.  Loyalty to colleagues gets in the way, and perhaps also the seductive attraction of a ‘noble cause’.  With those sorts of justification, it is much easier for an idealistic scientist to be mindful of the fact that, when Julia buys people, they have to stay bought if they want to continue in the game.

The sting is in the tail of Garth's comments:


Would ‘big-oil’ funded research be any less reliable than this?