Are We Indigenes Yet?

Are We Indigenes Yet?

The UK has seen many waves of invaders and colonisers – Neanderthals, Celts, Romans, Angles, Saxons, Jutes, Danes, Norsemen, Normans and more recently Indians and Pakistanis. Only Irish, Welsh and Scottish inhabitants have had the strength to get special recognition today.

No human race evolved in Australia - several races walked, paddled, sailed or flew here over the past 60,000 years. Some displaced earlier arrivals, others mixed with locals. Some left rock art distinctly different from that of later arrivals and some destroyed or hid evidence of earlier tribes. Some were cannibals, some brought domesticated animals with them and all hunted native animals, sometimes to extinction. None can claim moral superiority.

Visiting fishermen from Asia and exploring mariners from Europe added to the gene pool in this vast land. Negroid tribes were isolated in Tasmania when rising seas formed Bass Strait and others found refuge in the rainforests of North Queensland. Now a few modern survivors of a few of these many tribes are seeking special constitutional recognition as “indigenes” and a “voice” to Australian Parliaments.

Europeans started settling in Australia over 300 years ago. They sailed here.

In my own family, my father’s Watt family came from UK and my mother’s Petersen family came from Denmark. Both families arrived in 1860’s and settled in the Warwick/Killarney area in Queensland. Have we become indigenes yet?

And my wife’s ancestors, the Bells and the Athertons settled in Queensland in the 1860’s. 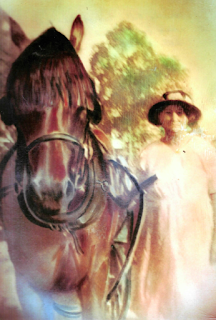 Martha Bell (wife of John Bell) arrived from England in 1860 and settled at Guyra near Armidale.
Here is an 1860 photograph of Australian pioneer Mother, Martha Bell. Please feel free to download and publish it.
https://saltbushclub.com/wp-content/uploads/2021/05/bell/Martha-Bell-image-save.jpg

Shortly afterwards the Bells trekked to North Queensland with their cousins the Athertons.
The Bells were the first settlers at Bell’s Creek in the Sarina District, and the Athertons, pioneered European settlement on the Atherton Tableland.

Are they indigenes yet? And when can their horses, sheep and cattle join dingos (brought here by aboriginals) as “indigenous species”, welcome in National Parks?

Do we children of pioneers get a special “voice” in Parliament. If not yet, when?

There were hundreds of Aboriginal tribes, languages and dialects. Which one becomes “the voice”. Like Australia’s black colonisers, Pommies, Cousin Jacks, Paddies, Chinks, Ities, Dagos, Huns, Danes, Viets and the recent multicultural mobs are now all dinkum Aussies and should be treated equally in Parliament and before the law.

All Australians should have the same voting, welfare and property rights. If our black indigenes were given individual freehold property rights to the vast lands set aside for them, they would not need welfare. Getting the Voice will just enrich the lucky few who get to conduct this black choir.