The Nun vs the coal mine

Sister Brigid Arthur, a nun and bunch of rich kids represented pro bono by a very woke law firm have just taken Whitehaven and the minister for the environment, Sussan Ley to court: 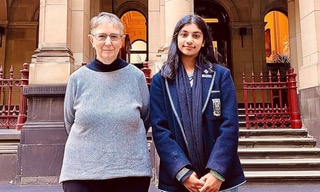 Whitehaven had applied to extend their Vickery mine by 30 Mt. Whitehaven employs 100s of people, indirectly benefits 1000s in the surrounding towns and pays $millions in royalties and taxes.

However, none of that was relevant. The rich kids were very, very concerned that the burning of the extra coal from the proposed extension would ruin their future causing them to be either burnt alive by rising temperatures or drowned by rising seas, or both.

The rich kids engaged an expert, professor Will Steffen. Amazingly neither the minister nor Whitehaven bothered with experts to counter Steffen’s usual hyperventilating nonsense. Accordingly, Steffen was free to present uncontested evidence of the impending doom to the rich kids if the mine extension went ahead. This evidence was the usual pap from the IPCC that CO2 increase was all from humans, that this increase was causing runaway temperature tipping points, that the connection between the rising CO2, all from humans and runaway temperature was linear and proven; and so on.

In a big, kitchen sink Judgment Bromberg J (of Andrew Bolt fame) accepted the first of the rich kiddies’ demands and rejected the second. The reasoning for this was interesting. Bromberg J did a full historical appraisal of the laws of nuisance and negligence going back to when Oog the caveman spilt his dinner on his neighbour. None of this was pertinent because CO2 is not a pollutant and in reality the stuff of life. Regardless, at the end of this historical appraisal which no doubt will be made into a mini-series, Bromberg J concluded the minister did have a duty of care to the rich kiddies, that harm to the rich kiddies was foreseeable and that harm, based on the uncontested evidence of wonderful Will Steffen, was going to happen if coal was going to be burnt.

Here it gets really interesting; and the relevant sections of the Judgment are 81-82. For the injunction to be granted there had to be not only a foreseeable connection between the mine extension and harm to the rich kiddies but that connection had to be proportionate or as the Judge states coherent. Based on Will’s uncontested evidence the minister was able to calculate the temperature increase from 30 Mt of coal and the resulting 100 Mt of CO2 from the extension proposed by Whitehaven:

81    The Minister responded to that contention by quantifying the increase in global temperature that 100 Mt of CO2 would cause. Assuming a purely linear relationship between increased emissions of CO2 and increased temperature, the calculation was available by reference to Professor Steffen’s evidence that further emissions will increase global average surface temperature at a rate of about 1℃ for every 1,800 Gt of CO2 emitted. The emission of 100 Mt of CO2 would therefore result in an increase of one eighteen-thousandth of a degree Celsius.

82    The Minister contended that an increase of that magnitude was de minimis, which I take to mean negligible (see Bonnington Castings Ltd v Wardlaw [1956] 1 All ER 615 at 618-619 (Lord Reid)). To make good that contention, the Minister contended by way of example that if it were to be assumed that global average surface temperature would otherwise stabilise at 2℃, it would logically follow that, with the addition of 100 Mt of CO2, the temperature would instead stabilise at 2.00005℃. It was then said that there was simply no evidence before the Court about what that magnitude of increase meant in terms of measurable risk. It was suggested that climate change modelling does not operate at a sufficient level of specificity to provide an answer.

This is the argument used by such commentators as Bolt, Jones etc. That is, Australia’s contribution to any temperature increase is so tiny it is unreasonable to expect Australia to ruin its economy by not using cheap, reliable coal when we export coal to other nations like China which use that economic advantage against us.

I don’t like this argument because it assumes the alarmist position is correct, which it isn’t.

Bromberg J did not completely accept this de minimis concept but still determined it would be incoherent for the minister to use her power of injunction against Whitehaven. So, the rich kiddies and the nun did not get their injunction.

However, the Judgment is still bad news. Firstly, because Will Steffen’s evidence was uncontested and until either a coal company or a conservative minister grows a pair to stand up to the alarmists that uncontested evidence is there as a precedent. Secondly, there remains the option for the nun and the rich kiddies to take an aggregate approach to the court. That is, they could say the 30 Mt of coal from the Whitehaven extension would cause temperature to rise by 0.00005C so the combined coal dug up by all of Australia’s coal mines would cause a much greater increase in temperature therefore all of Australia’s coal mining should be stopped, which is what Will advocated.

Given this it would have been preferable for the minister and Whitehaven to engage some of the many scientists here in Australia and overseas who could repudiate Will’s nonsense: people like Peter Ridd, Ian Plimer, Roy Spencer, Judith Curry etc. It’s not as though repudiating what Will said is difficult. For example, he stated the relationship between CO2 increase and temperature is linear. Sure it is: 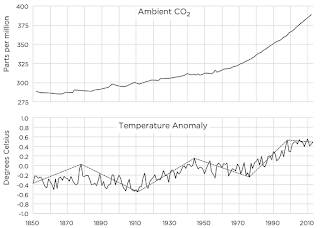 Letter to the Editor/Opinion Piece

Please Publish and Pass On

A passport was once highly valued by travellers, but not compulsory. Signed by the sovereign, it said: “The bearer of this passport has my protection. He is free to travel anywhere. Do not pester him (or her).”

Now the IL-LIBERAL government of Australia is proposing digital travel passports within our own country, available only to the guinea-pigs who participate in their Covid vaccine experiments.

If digital airline passports become mandatory we may just decide to stay at home and fly NOWHERE. Travel bubbles will implode, ALL the flying kangaroos will be grounded, and suddenly we will have achieved “zero emissions” in the aviation industry. All Greens (except climate conventioneers) will surely celebrate.

Where does this nonsense stop? Flu kills more people than COVID – must we present Ekka-flu passports to policemen at the gates, and pub passports to bouncers in the bar? Do they restore the border gates between states with uniformed officers demanding “passports please”. And why stop at planes – buses and trains may also carry the Un-vaxxed.

(“Ekka” refers to the Brisbane Exhibition, a large annual event displaying livestock, fireworks, product displays and sideshows running for 10 days and attended by thousands of city and country people. Running in late winter it usually spreads the current flu virus which will probably be called “Covid” this year.)

Welcome to the latest issue of our Media Balance Newsletter,

which covers a wide range of nation interest topics: from COVID to Climate.

(FYI, Our Election Integrity Reports have a new url: Election-Integrity.info.

Please pass that onto your social media contacts...)

Ivermectin is effective for COVID-19 when used early: analysis of 55 studies

Attorney Discusses NY Court Rulings Over Ivermectin Use for COVID-19

Medical journal calls for Ivermectin to be ‘globally & systematically deployed’

Study: Exposure to high heat neutralizes SARS-CoV-2 in less than one second

Rutin: A Potential Antiviral as a SARS-CoV-2 Inhibitor

OSHA: Employers may be Liable for any Adverse Reactions for Mandated Shots

Students offered school credit toward graduation for getting vaccine

COVID Vaccine Trials In Animals Were Stopped Because They Kept Dying

I Have Changed My Mind And Do Not Want A Divorce From This Amazing Handsome Man,' Says Glossy-Eyed Melinda Gates After Receiving Vaccine

There Is No Correlation Between Masks, Lockdowns And COVID-19 Suppression

Study: 81% may have pre-existing COVID-19 immunity

A Primer for the Propagandized: Fear Is the Mind-Killer

Study: The origin of COVID - Did people or nature open Pandora’s box?

The Criminalization of Dissent

Lockdowns are No Substitute for Focused Protection

Lawsuits against W.H.O, etc for ‘Crimes against Humanity’

Renewable Fortune Making at the Taxpayer Trough Is Driving Environmentalism

Finally They Admit Renewables Are Terrible For The Environment

Offshore wind too ugly for the Hamptons but OK for other beach resorts?

Locals Worry Wind and Solar Will Gobble Up Forests and Farms

Tesla sued after increasing a Solar roof project by more than $30,000

Solar soiling: energy loss from dust on panels can range from 7% to 50%

Nuclear On Verge Of ESG Inclusion

The Truth About Sea Levels and Fossil Fuels

Report: How Fracking Saved Us from Global Warming

Hydrogen instead of electrification? Potentials and risks for climate targets

The U.S. Will Need a Lot of Land for a Zero-Carbon Economy

The train travel revolution that isn’t

Dr. Curry: Climate is everything

A good example of a bad environmental justice study

Red in Robe, Green in Thought

Carbongate: The real science of climate change by a layman

China’s Emissions Exceed those of the Developed World

Good short video about the latest in the Maricopa audit

Dominion Will Not Release Passwords to Maricopa Voting Machines

US Elections, Other State Issues:

A River of Doubt Runs Through Mail Voting in Montana

US Elections, Our Recommendations Report:

Video: Chinese TV interview about our Recommendations Report (in Chinese)

US Election Integrity: What Needs to be Fixed

US Politics and Socialism —

Barrasso: China's goal is domination and is playing America for fools

Short video: Who Has Privilege?

Other US Politics and Related —

Activists bailed 70 people out last year; 25 have been rearrested

Critical Race Theory: It’s a Cancer Not a Cure

The Fed Board Agrees Never to Disagree

Are They Catholics, or Are They Heretics?

An Appeal to Cornyn and Cole against “Civics Secures Democracy” Act

The Origins of the Cruel Ritual of Diversity Training

School of Journalism—or Ministry of Propaganda?

Archive: The Politicization of University Schools of Education

Are Your Kids Being Taught to Support Socialism?

7 Dangerous Books That Could Radicalize Your Child

Publish Or Perish Can Become Publish AND Perish

Japanese man arrested after dating 35 women at the same time

Please use social media, etc. to pass on this Newsletter to other open-minded citizens…

Note 1: It’s recommended to read the Newsletter on your computer, not your phone, as some documents (e.g. PDFs) are much easier to read on a large computer screen…  Common fonts, etc. have been used to minimize display issues.

Note 2: To accommodate numerous requests received about prior articles, we’ve put together detailed archives — where you can search by year, or over the ten+ years of the Newsletter. For a detailed background about the Newsletter, please read this.

Note 3: See this extensive list of reasonable books on climate change that complements the Newsletter. As a parallel effort, there is also a list of some good books related to industrial wind energy. Both topics are also extensively covered on our WiseEnergy.org website.

Note 4: If you'd like to join the 10,000+ worldwide readers and get your own free copy of this periodic Newsletter, simply send John an email saying that.

Note 5: John is not an attorney or a physician, so no material appearing in any of the Newsletters (or the WiseEnergy.org website) should be construed as giving legal or medical advice. His recommendation has always been: consult a competent, licensed attorney when you are involved with legal issues, and consult a competent physician regarding medical issues.