There is NO CLIMATE EMERGENCY (Part 2)

This (series) continues with data pages 6 to 13 from the Texas freeze event, which has also been covered recently by Judith Sloan in The Australian.  I will finalise the Texas situation with image pages 14 to 20 later this week;  thereafter I will revert to Australia and elsewhere in the world, discussing the energy density of various fuels, the inadequacy of batteries, the greenhouse effect and sundry other items in support of the claim that there is NO CLIMATE EMERGENCY, and hence no need at all scientifically and economically to continue to support the mad rush to zero CO2 emissions by 2050.
At every opportunity, images of the kind offered here and elsewhere need to be discussed widely and shown to politicians in an effort to educate them and to convince them of rhe need to revert to sensible, rational energy polices rather than the moronic pursuit of what amounts to a dangerous idealogical fad, unsupported by true science.
If any person has arguments in favour of climate alarmism, I would like to hear of them. The phrase "But 97% of scientists say. . ." is NOT science. 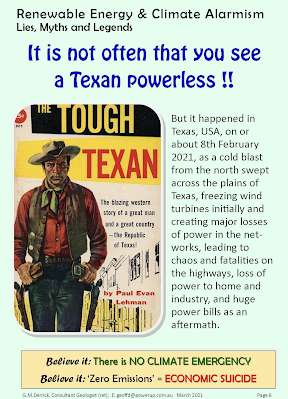 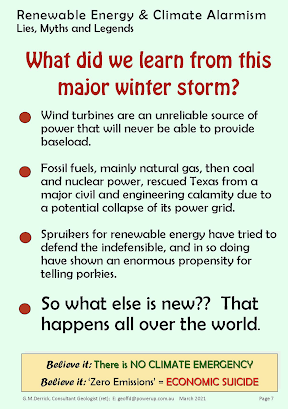 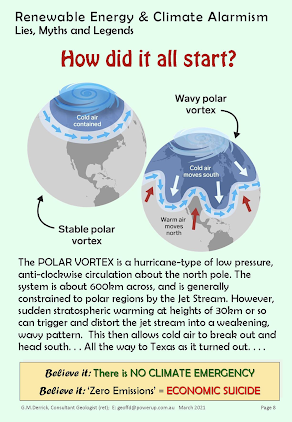 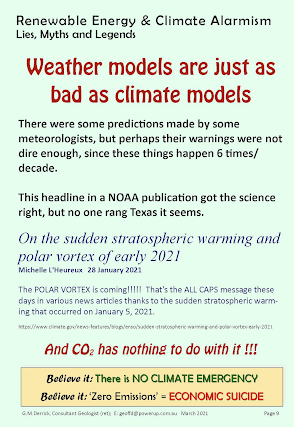 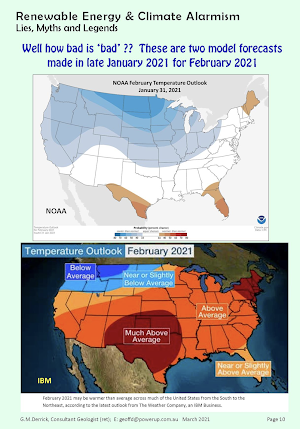 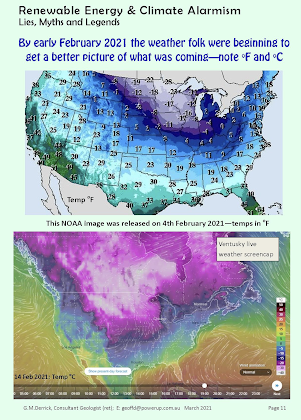 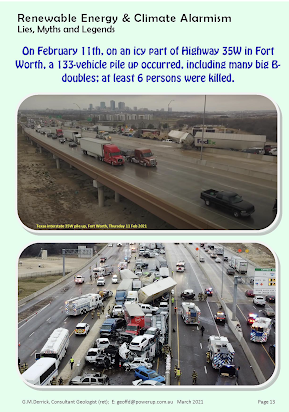 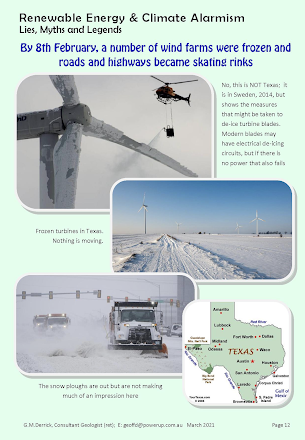