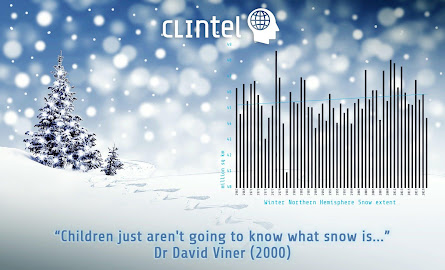 Dear Friends and relations of CLINTEL,
In the year 2020 the coronavirus was the number one scare. It was also the number one story in the news media. The focus on corona gave politicians the opportunity to secretly carry on with their destructive climate and energy policies without any democratic consent. Many citizens have no idea that reliable and affordable energy will become a luxury of the past.
Instead of becoming more realistic, the EU increases the ambition of their climate ideology and is determined to strive for a net-zero CO2 economy in 2050. With the incoming Biden administration, the US is supposed to rejoin the Paris accord.
However, it was also the year that we saw a breakthrough for climate realism with books like Apocalypse Never by Michael Shellenberger and False Alarm by Bjorn Lomborg. It was also the year of Michael Moore with his film Planet of the Humans, which showed the abundance of lies and deceit about solar and wind farms. In this year, the CLINTEL community’s World Climate Declaration reached more than 900 signees.
In 2021 a new IPCC report (AR6) will be published. Many CLINTEL signees have already seen drafts of the report and have many concerns. Instead of joining the growing number of experts with a cool and realistic climate view, the IPCC seems to have turned up the alarm volume. CLINTEL has already prepared a summary of what is misleading in the AR6 draft. This critical summary has been sent to the chair of the IPCC. Directly after AR6 is published, CLINTEL will distribute its criticism worldwide.
In The Netherlands, citizens are most worried about the destructive impact of the ongoing energy transition. To address this issue, CLINTEL recently published a Dutch energy vision that has been translated into English. It is focused on the Dutch situation and we are looking forward to expanding this to a global view.
Next week we will send you our complete plan for 2021.
We wish you and your family a great Christmas and, above all, a healthy 2021.
Guus Berkhout (President of CLINTEL)
Marcel Crok (cofounder of CLINTEL)
Posted by Geoff on December 24, 2020 No comments: 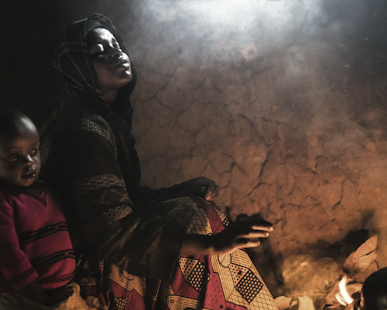 African factories and businesses suffer frequent electrical power outages and only a third of Africans have access to reliable electricity at home. This limits economic growth, and life expectancy is 15 years behind developing countries that have made the transition to universal electrification. Forced to cook, light, and heat their homes with wood, charcoal, and animal dung, over 400,000 Africans die each year from respiratory diseases caused by indoor air pollution.

Universal electrification will help solve Africa’s problem of indoor air pollution and reduce the outdoor health risks of the recent “dieselization” of Africa. Soot-spewing backup diesel engines kick in when the grid goes down, and many countries spend more on dirty backup power than on the electrical grid itself. However, emissions from Africa’s continuing coal-fired generation of electricity could at the same time add to illness and mortality from outdoor air pollution, as was the case in China’s dramatic 30-year transition to universal electrification.

Africa is projected to double its electricity capacity in the next 20 years. “Renewable” electricity from wind and solar with battery storage is not mature or reliable enough to meet this demand. Electricity from natural gas and oil are expected to be part of the solution, but the infrastructure for moving gas and oil to power plants is in most countries too costly to build and maintain.

There is a strong consensus among power analysts that Africa’s cheap, abundant, easily transportable coal will continue to be used on a large scale for electricity. Without modern “scrubbing” and other technologies to neutralize pollutants, Africa could be trading one health crisis for another.

U.S. policy at present opposes coal-fired electricity in Africa. Obama administration policies, based on concern about emissions of the non-polluting greenhouse gas carbon dioxide (CO2) and their possible future impact on extreme weather, continue to guide U.S. policy. The U.S.-funded World Bank and African Development Bank no longer support coal plants, preferring plants using natural gas, which produces about half the CO2 emissions of coal per unit of energy. The U.S. Power Africa program has taken the same stance. This leaves the construction of coal plants to China and others who have scrubbing technology but do not require it in their foreign construction.

American “new-tech” electricity generation and pollution scrubbing is in operation at the Turk Plant in Arkansas. A field visit and interviews by the CO2 Coalition confirm that the technology virtually eliminates health hazards from sulfur dioxide, nitrogen oxides, and particulate matter. Water for the boiler, cooling for re-use, and scrubbing comes from a nearby dammed river, and much is re-used and recycled. However, no similar plants are under construction in America because of the fall in natural gas prices due to another remarkable American technology, “fracking.”

Could this American technology work in Africa? After all, Africa is littered with “white elephants” – projects that worked well in developed countries but were not transferable to Africa’s physical, infrastructure, regulatory, political, and economic spheres.

The answer is a qualified “yes” – for a few test cases at first with supportive governments with viable plans for maintenance and pricing. The U.S. Millennium Challenge Corporation’s “good governance” eligibility standards provide a well-developed method of initial assessment.

The paper also mentions re renewables and indoor air pollution:

The so-called renewables – primarily wind and solar – are predicted to soar from virtually nothing today to match coal at 125,000 MTOE in 2040. However, at present, renewables are not mature or reliable enough to provide significant grid electricity in Africa. Major technological advances and cost reductions in generation and storage of wind and solar power will be required for this prediction to be realized.

Tragically, the amount of African energy coming from solid fuels like wood and dung is also expected to rise by 2040, although falling from a half to a third of total energy. If clean-coal electricity were to be promoted rather than restricted by developed countries’ policies in Africa, it would take an even bigger bite out of solid fuels and indoor air pollution. 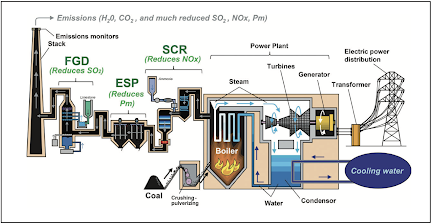 Above is a schematic of a controlled coal power plant like Turk, incorporating its three sequential air quality systems: Selective Catalytic Reduction (SCR) of Nitrogen Oxides, an Electrostatic Precipitator (ESP) to remove Particulate Matter such as soot, and Flue Gas Desulfurization (FGD) to reduce Sulfur Dioxide.

To read more of this well-researched paper, go to: https://co2coalition.org/