The Fake News folk want you to believe that the human-caused Global Warming is destroying Australia by fire. See graphic.

The photo below was taken by wife Tonya just now on a bike ride in Brisbane, right in the middle of the biggest red blob. 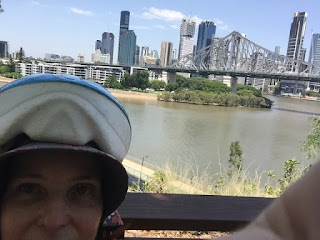 Note the clear skies. The locals say these fires are a normal occurrence, happening most years.

Burt Rutan, retired American aircraft and spacecraft designer who was perhaps best known for SpaceShipOne, which in 2004 became the first private manned spacecraft. See Encyclopedia Britannica
Posted by Geoff on January 23, 2020 No comments: