Well, despite all these descriptors, he was punished by the church:


The sentence of the Inquisition was delivered on 22 June. It was in three essential parts:


Of course, history found Galileo's theories to be the correct science and the "consensus" to be FAKE SCIENCE.

Let's look at others who challenged the scientific "consensus." 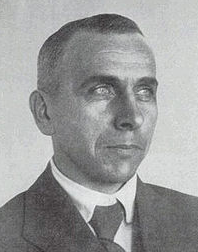 Wegener was a German meteorologist, geophysicist and polar researcher. In 1915 he published ‘The Origin of Continents and Oceans’, which outlined his theory of Continental Drift.


Wegener’s theory of Continental Drift was met with scepticism by many scientists. Although he had a lot of evidence to support the theory, he could not explain how the plates moved. It would be almost half a century before this problem began to be solved. 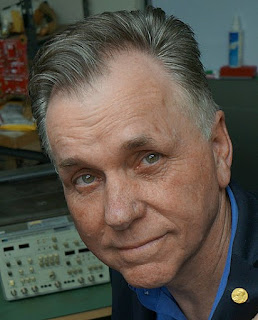 Australian Barry Marshall -Nobel Prize Laureate in Physiology or Medicine, and Professor of Clinical Microbiology at the University of Western Australia.
The "scientific consensus" was that ulcers were caused primarily by stress, spicy foods, and too much acid.
Barry Marshall proved this "consensus" to be non-science:


After failed attempts to infect piglets in 1984, Marshall, after having a baseline endoscopy done, drank a broth containing cultured H. pylori, expecting to develop, perhaps years later, an ulcer. He was surprised when, only three days later, he developed vague nausea and halitosis (due to the achlorhydria, there was no acid to kill bacteria in the stomach, and their waste products manifested as bad breath), noticed only by his mother. On days 5–8, he developed achlorydric (no acid) vomiting. On day eight, he had a repeat endoscopy, which showed massive inflammation (gastritis), and a biopsy from which H. pylori was cultured, showing it had colonised his stomach. On the fourteenth day after ingestion, a third endoscopy was done, and Marshall began to take antibiotics.

We could keep going on FAKE "scientific consensus" vs real science, BUT, as Albert Einstein said;


“No amount of experimentation can ever prove me right; a single experiment can prove me wrong.”  (LINK)


The sun goes down on a cloudless skyThe tide is in the waters highThe fisherman are back in townTonight they'll either drink or drownWait for rain to come downWait for rain all year roundIt's the talk of the town, goin' 'round

It was the talk of the town, we were waiting for the rain. And, if Australia's Bureau of Meteorology (BoM) could be trusted (note that "IF") we would't have any rain until April 2020.

In December, a meeting of state and federal ministers was told, by the BoM that there would be no significant rain until at least April.

There will be no relief for drought-ravaged regions over the summer, with Bureau of Meteorology officials telling a meeting of state and federal ministers there would be no significant rain until at least April.
The ministers gathered in Moree, in NSW’s northwest, to discuss the best strategies to combat the enduring drought. (The Australian 11/12/19)

Now, outside the rain is tumbling down.

If they got this so wrong, can we trust the BoM on other reports? For Instance:(source)

2019 was Australia's warmest year on record.