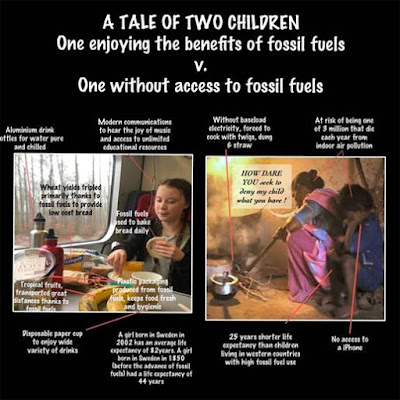 Alarmists control the media and because they do it’s astounding that less than 50% of the punters support their ridiculous ideology. Every day we are bombarded by screaming loons, autistic teenagers and super rich billionaires telling us the world will end in 11 years, 7 months and 14 days if we don’t declare a climate emergency, give up meat, cars, planes and basically either die or live in a cave. We’ve had professors from Sweden advocate cannibalism and a young woman demanding we eat babies which, given the behaviour of alarmists, was regarded as normal for them.

It should be no surprise therefore that any view contrary to alarmism will be censored and those holding it attacked. We have seen the Conversation ban sceptics, the ABC banned sceptics many years ago and the loathsome Jon Faine regularly hung up on deniers. Sceptics have been threatened with prosecution, being tattooed like Nazi victims and hounded from employment.

My latest experience with these tactics was on Quora, an on-line chat-room run by 2 ex Face Book employees. If you defend Trump, call the never Trump commentators, snowflakes or put up detailed evidence that alarmism is wrong you’re in trouble. This is what I put up at Quroa recently in conversation with someone who identified as being a PhD in climate or some such thing. This person declared that all the increase in atmospheric CO2 was from humans.

This was dismissed by the PhD and then I put up a proof based on the C14 bomb test spike done by the great Bob Cormack:

We know from empirical data (the bomb spike) that atmospheric concentrations decay back to equilibrium in an exponential curve, C(t) = C(t=0)exp(-t/a), where a is the time constant of the decay (and ~0.7a is the half-life).

(I’m going to refer to all rates and quantities as positive, and identify which way they’re going by labeling “in” -to the atmosphere, and “out” -of the atmosphere.)

Now, let’s suppose we add an Anthropogenic component, “Ain”, to “Rin”, and continue doing so for an indefinite time. How much does C increase? There are two ways of doing this – both easy since the system has been measured to be (nearly) linear:

Note that this is the maximum concentration increase that can be caused by an Anthropogenic input of 8 Gt/yr that continues forever. It does not continue to build up, as Ferdinand assumes – that assumption is equivalent to assuming that the time constant, “a”, is very large – 100’s of years. Making this (hidden) assumption then raises the problem of where is all the missing carbon in the atmosphere (or equivalently, why is the carbon cycle so very far out of balance?) Also, of course, such an assumption cannot explain the bomb spike data without ad hoc assumptions about the behavior of C14 vs C12.

2) The same result can be gotten by considering the discrete yearly increases in C anthro:

So to summarize:1) Measurements show that the atmosphere adjusts to an input of CO2 by an exponential decay. This implies that the sink rates are proportional to the concentrations.2) Both the measurements and estimates from total CO2 amounts give similar time constants for the decay.3) Points 1 and 2 put a limit on the increase in CO2 atmospheric concentration that can be caused by a continuous anthropogenic input to the yearly input times the time constant.4) The claim that a continuous anthropogenic input can cause a continuous, fixed increase in CO2 atmospheric concentration contradicts both the measurements in point 1 and the estimates in point 2, hence is false.

This is a great proof which conclusively shows it is nature which is causing the increase in atmospheric CO2 so that even if you believe CO2 controls climate (it doesn’t) if the increase is natural there’s nothing we can do.
I waited for some time allowing the PhD to wade through the proof and after 2 days posted a follow up asking where the PhD had gone. Then this comment and the proof disappeared and viola the PhD came back to say I had not posted any evidence contrary to his declarations that alarmism was real.
For me it was just another example of how sceptics are being marginalised.
The media is propping up alarmism giving uncritical attention to all of it’s lies. But hopefully the alarmists have overplayed their hand. Their hypocrisy is now out in the open and the nuisance that alarmist groups like extinction rebellion are making is staring to wake the punters up. Let’s hope Trump wins in 2020 and some of our pollies grow a backbone; otherwise this hypocrisy will take over: