Can you believe this Climate Retarded Alarmist Propaganda? 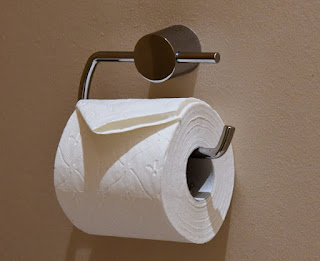 
Americans use more toilet paper than anyone else in the world, helping destroy the habitats of native people who live where it is sourced and contributing to global warming, a research study said on Wednesday.

U.S. consumers use roughly three rolls of toilet paper a week, accounting for a fifth of the world's tissue consumption, according to the report by environmental groups Stand.earth and the Natural Resources Defense Council (NRDC).

The forest plays a key role in combating global warming because it absorbs and stores carbon dioxide, the greenhouse gas that contributes to it, the group said.

I would love to see their proof that carbon dioxide is the greenhouse gas contributing to global warming. But there isn't any.

As Kenneth Richard writes (on NoTricksZone)

In contrast, two new papers (Koutavas et al; Uemura et al) cite evidence that the timing of the lagged CO2 response to temperature changes may have ranged between 1300 and 6500 years in some cases.  It would appear that a millennial-scale lagged response to temperature undermines the claim that CO2 concentration changes were a driver of climate in the ancient past.

Again I ask -Where is the alarmists proof that carbon dioxide is the greenhouse gas contributing to global warming?