Hope for the future with two new groups.

This clown (me) said yesterday that he was retiring....... and now he posts another post?

Well, it's a bit like some-one hooked on drugs.....trying to give it up.

I had an interesting comment from some-one who has been a long time commenter on OUR blog, Alan Vaughn.

I don't know Alan from a bar of soap, but his comments over the years have been on mark. 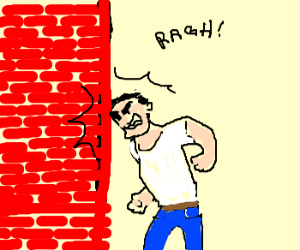 
Well this is sad news for me Geoff, yet I can certainly empathize. Describing it as slamming your head against a brick wall doesn't begin to describe frustration we both share, along with countless millions of others (I hope).

Unfortunately, regardless of how high their IQ scores might be, humans will always be prone to and fall victim to propaganda, especially the relentless hysterical scaremongering this scam has been churning out from its UN HQ over recent years.

I think you're probably right to give up now. Even the more well known glow-bull warming sceptic's websites are rapidly descending into AGW fraud brainwashed, socialist troll riddled cesspits of scorn and ridicule.

Frankly I think our crusade is hopeless, but on the bright side, I also think the deluded and gullible, brainwashed believers of the AGW / climate change hoax, who support the UN's humanity loathing socialist agenda, will eventually become the scam's biggest victims. All self inflicted. Viz: Orwell's Animal Farm.

Thank you, Alan. Over the years your comments have always been appreciated.

There IS hope that my head banging has dented that wall and two new groups announced this week might add a sledge hammer (or at least a feather duster) to continue the wall-whacking...

The Saltbush Club (http://pickeringpost.com/story/the-saltbush-club/8689)Skilled and Thinking Australians concerned at the huge costs and unproven benefits of the climate, energy and infrastructure policies on both sides of Federal Parliament.


ADVANCE AUSTRALIA IS AN INDEPENDENT MOVEMENT, POWERED BY PEOPLE JUST LIKE YOU. WE GIVE MAINSTREAM AUSTRALIANS A REAL VOICE – A VOICE TO CREATE REAL CHANGE - A VOICE FOR A FAIR GO.Our mission is simple: to protect, defend and advance mainstream values and freedoms while championing the institutions which strengthen the Australian way of life.