The world of social science is overwhelmingly left-wing 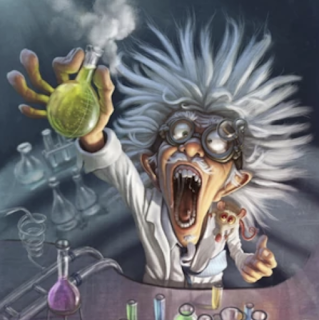 
The world of social science is overwhelmingly left-wing

Anyone who posts anti- #agwFraud posts or comments on social media will be aware of that. You have to wear your flame jacket to dodge the flaming arrows from the molls and trolls of the raving eejots.

But are we climate realists and right-wing people anti-science? He notes that a more balanced study  has slipped through the net.


The study by Nathan Cofnas et al — Does Activism in the Social Sciences Explain Conservatives’ Distrust of Scientists? — pours scorn on the idea that conservatives are any more anti-science than lefties.

Yep, it's not science that we distrust, it's the scientists.


Take any politicised issue that is connected to some disagreement about scientific fact. I do not believe there is a single case in the last couple of decades where a major scientific organisation took a position that went against the platform of the Democratic party.’ He added: ‘What an odd coincidence that “science” always, without exception, supports the liberal worldview.’

And, referring to the supposed "peer-reviewers:"


Well, it turns out they’re generally willing to give a free pass to any thesis that accords with the liberal narrative. For example, over the course of more than a decade, Diederik Stapel ‘published dozens of sensational papers on such topics as how easily Whites or men can be prompted to discriminate against Blacks or women’. When exposed as a fraud, Stapel explained that he was merely giving social scientists what they were ‘waiting for’.


Read more at the Spectator: JAMES DELINGPOLEIt’s not science I don’t trust – it’s the scientists