The arrival of intense cold similar to the one that raged during the “Little Ice Age”, which froze the world during the 17th century and in the beginning of the 18th century, is expected in the years 2030—2040. These conclusions were presented by Professor V. Zharkova (Northumbria University) during the National Astronomy Meeting in Llandudno in Wales by the international group of scientists, which also includes Dr Helen Popova of the Skobeltsyn Institute of Nuclear Physics and of the Faculty of Physics of the Lomonosov Moscow State University, Professor Simon Shepherd of Bradford University and Dr Sergei Zharkov of Hull University.

This supports previous papers and reports  by Astrophysicist Dr. Habibullo Abdussamatov, Head of Space Research Laboratory at the Pulkovo Observatory of the Russian Academy of Sciences, St. Petersburg, Russia.

As reported by Marc Morano of Climate Depot (link):


“Since 1990, the Sun has been in the declining phase of the quasi-bicentennial variation in total solar irradiance (TSI). The decrease in the portion of TSI absorbed by the Earth since 1990 has remained uncompensated by the Earth’s long-wave radiation into space at the previous high level because of the thermal inertia of the world’s oceans. As a result, the Earth has, and will continue to have, a negative average annual energy balance and a long-term adverse thermal condition.

“The gradual weakening of the Gulf Stream leads to stronger cooling in the zone of its action in western Europe and the eastern parts of the United States and Canada. Quasi-bicentennial cyclic variations of TSI together with successive very important influences of the causal feedback effects are the main fundamental causes of corresponding alternations in climate variation from warming to the Little Ice Age.” 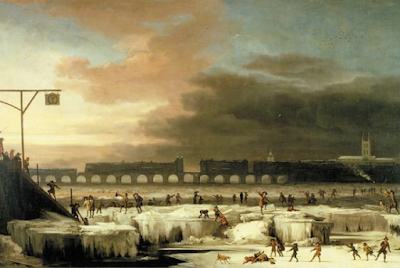