CARBON What is Driving the Strategy to Demonize the Most Amazing, Life Sustaining Element? Chapter 2, 3 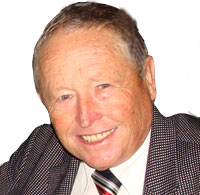 HOW CARBON EMISSIONS BENEFIT AGRICULTURE AND GREEN THE EARTH

HOW CARBON EMISSIONS BENEFIT THE CLIMATE

Can we have too many carbon dioxide emissions?
According to Patrick Moore PhD. (Ecology), the optimum atmospheric carbon dioxide level for plants is somewhere between 1,000 and 2,000 ppm.  This is indicated by thousands of trials and also by the wide use of carbon dioxide to boost plant yields in indoor greenhouses.  If at first blush that much atmospheric carbon dioxide appears to be too high, consider that during the geological Cambrian Era (about 500 million years ago) there was up to 17 times more carbon dioxide in the atmosphere than we have today.
Yet that era is called the “Cambrian explosion” because it was the time when a great diversity of life forms exploded into existence all over the planet. In the later Jurassic Era atmospheric carbon dioxide levels were still many times higher than today. With all that aerial carbon available the earth was lush with plant life and massive forests proliferated.  For the last 150 million years, however, plant life has been drawing down carbon from the atmosphere. Much of this carbon has been buried in the earth as coal deposits instead of being returned to the atmosphere. Marine life too has been steadily drawing down carbon from the atmosphere for shell making, and by this process turning the carbon into billions of tons of carboniferous rocks.
We are now living in the Pleistocene Era which began about 2 million years ago. It is also called the era of the Ice Ages in which 30% of the earth has been covered in ice for 100,000 years periods, with warmer interludes lasting about 10 thousands years. In this present Pleistocene Era carbon dioxide levels have plunged to their lowest level ever – 150 ppm during a recent glaciation. At that level, plant life cannot continue to survive.  Fortunately, aerial carbon dioxide levels rose to 280 ppm in our present Holocene, but that is still bumping along just above the level of plant starvation (This information  about the geological eras is drawn from Dr. Moore’s paper cited above).
Some scientists appear over-anxious to tell us that our present 400ppm levels of atmospheric carbon dioxide are the highest they have ever been for 400,000 years. What they don’t tell us is that this 400,000 year geological blink of an eye brings us to the middle of the present Pleistocene Era when carbon dioxide levels were not only dangerously low, but the lowest they have ever been in the history of our planet.  The scientists who dish out this kind of spin should know that life began, exploded and flourished on this planet when the levels of carbon dioxide in the atmosphere were orders of magnitude greater than they have been for the last 400,000 years.
By digging up the hydrocarbons buried in the earth, mankind is not proving itself to be the one rogue species that destroys the earth. Rather, by replenishing those depleted aerial carbon dioxide levels, mankind is proving to be the only species which can arrest the dangerous decline of atmospheric carbon dioxide.
Here in the ground below our feet there is the greatest battery for storing energy that has ever been devised. Plants capture the sun’s energy more efficiently than anything mankind has been able to invent. The energy stored in nature’s great underground “battery” is carbon-based energy which plants drew down from the atmosphere. When we use that carbon-based energy we are simply activating the carbon cycle by returning that carbon to the atmosphere. This carbon cycle is the life cycle.  We feed the plants, and the plants feed us.
There are two great advantages of using this carbon-based energy.  In the first place, this source of cheap and abundant energy has enabled mankind to achieve a level of unprecedented prosperity, comfort and longevity. At the same time, it is has raised atmospheric carbon dioxide levels to dramatically increase food production and the greening of the earth. This man-made achievement is something to celebrate:
“We – humanity – should be throwing ourselves the party to outdo all parties, a combination graduation-wedding-birthday-all-rites-of passage party, to mark our emergence from a death-dominated world of raw-material scarcity.  Sing, dance, be merry – and work.  But instead we see gloomy faces. They are spoilsports, and they have bad effects.
“The spoilsports accuse our generations of having a party – at the expense of generations to come.  But it is those who use the government to their own advantage who are having a party at the expense of others – the bureaucrats, the grants-grabbers, the subsidy-looters. Don’t let them spoil our merry day.” (Julian Simon, The Ultimate Resource, p.408)