Intermittent electricity must be backed up by a reliable fossil-fuel generator. 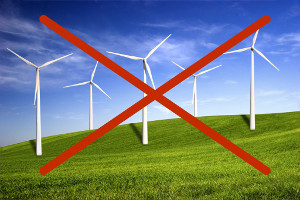 “the introduction of wind power into an electricity system increases the fossil fuel consumption and CO2 emissions beyond levels that would have occurred using efficient gas plants alone as the providers of electricity equivalent to the firmed wind.” (Source)

This is because every kilowatt-hour of intermittent electricity introduced into the grid must be backed up by a reliable fossil-fuel generator. When the wind doesn’t blow and the sun doesn’t shine, the demand for electricity remains.
Starting and stopping natural gas-fired generators is inefficient, comparable to operating a car in stop and go traffic instead of steady and efficient on the open highway. Just like the car, the fuel consumption can double, along with the carbon emissions, negating any presumed carbon savings by using solar or wind.

Meanwhile, down-under in Oz, our energy reliant industries are suffering to our Australian government's bowing to the "Green" dependance on unreliable intermittent renewable energy.

Big energy users to share back-up power burden
A group of 100 of Australia’s biggest energy users will be required to shoulder responsibility for ensuring the security of the national energy market by contracting their own back-up power or agreeing to dial down usage.
The National Energy Guarantee design document that was put to state ministers yesterday calls for a system of contracts that would help to shift some of the burden of reliability in electricity supply on to big customers, reducing the cost to power retailers.
The federal government would also back emissions reductions targets in the NEG with new penalties, including a fine of up to $100 million for failing to meet the target.
Really? The Australian Government is offloading its responsibility to ensure energy to Australians, its constituents.It is offloading  on "100 of Australia's biggest Energy Users" because of its stupidity in following the Green religion and favouriting unreliable intermittent energy instead of reliable, cheap coal-fired power.

And if that's not bad enough, Even China's News agencies are reporting the Australian government's failure to provide energy to industries:
|

"We cannot, in our approach to this transition, lose sight of the fact that there are 24/7 baseload energy customers,"

"And we have to make sure our grid can still provide energy to those customers at competitive prices, irrespective of the weather."