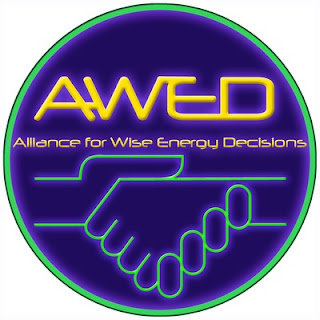 The Alliance for Wise Energy Decisions (AWED) is an informal coalition of individuals and organizations interested in improving national, state, and local energy and environmental policies. Our premise is that technical matters like these should be addressed by using Real Science (please consult WiseEnergy.org for more information).
A key element of AWED’s efforts is public education. Towards that end, every three weeks we put together a newsletter to balance what is found in the mainstream media about energy and the environment. We appreciate MasterResource for their assistance in publishing this information.
Some of the more important articles in this issue are:
Maine Governor establishes a state Wind Advisory Committee and a wind moratorium
Nations with more renewables have more expensive electricity
US Tariffs on Solar Mark Biggest Blow to Renewables Yet
NYS: Solar Projects not viable when they pay normal property taxes (!)
Germany shows how shifting to renewable energy can backfire
Landowners sue Indiana County over inadequate wind ordinance
Expert: Noise Standards May Not Protect Residents Near Proposed Wind Project
Conservation, Not Environmentalism
Lack of energy harms economy
Fossil Fuels’ Share Of Total Energy Use Unchanged in 40 Years!
Industrial wind turbines threaten our way of life
Why China wants to dominate green energy
Europeans scold while the U.S. leads
New Book Review: We Will Make You Green
The Pentagon: Global warming not a security threat
U.S. Regains The Ability To Identify Real National Security Threats
The Climate-Change Doomsday Just Got Canceled
NYS Fossil Fuel Lawsuit: Legal Flim Flam
On Science and Non-Science
The Power of Grant Money
Manufacturing Climate Consensus — the Early History of the IPCC
A tale of climate cash, collusion, and apparently, corruption
A Discussion of The Geological Society of London’s Statement on Climate Change
A ‘Climate Skeptic’ Just Took Charge Of EU Environment Policy
New Study Shows Past Research On Rising Ocean Temps Built On Faulty Science

Renewable Energy Destroying Ecosystems:
Conservation, Not Environmentalism
More drinking water woes related to wind turbines
Some birds are so stressed by noise it looks like they have PTSD
Wind Turbines Still Problematic for Wildlife
Developers: Weakening of bird protections has no “significant impact” on Lake Erie wind project 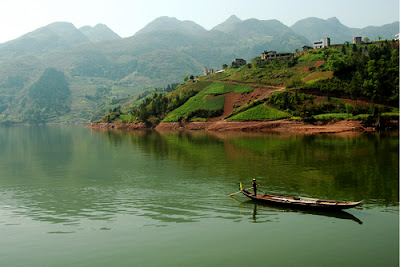 To Pause...or NOT to Pause. That is the question

There has been a plateau in the global warming that began in the depths of the little ice age. Sceptics have pointed out the plateau, the hiatus, the pause.

The Alarmists have rallied against the Global Warming Pause.


Global warming didn't pause, and is carrying on at catastrophic levels, scientists warn

and Scientific American DENIED the pause:

No Pause in Ocean Warming

Various studies have debunked the idea of a pause, or hiatus, in global warming—the contention that global surface temperatures stopped rising during the first decade of this century.

So, who should we believe? The "scientists" on the public pay who continue to push the alarmists' agenda?  OR, the realists who show the data for the pause?
Or do you go to the Godfather of the AGW fraud James Hansen and his deputy Gavin Schmidt?

In a paper (link) Global Temperatures in 2017 they write:

Therefore, because of the combination of the strong 2016 El Niño and the phase of the solar cycle, it is plausible, if not likely, that the next 10 years of global temperature change will leave an impression of a ‘global warming hiatus’.

The Never-ending Battles of the Coral Sea

For at least 50 years Australian taxpayers and other innocents have supported a parasitic industry in academia, bureaucracy, law, media and the tax-exempt Green Alarm “Charities”, all studying, regulating, inspecting and writing about yet another “imminent threat to Queensland’s Great Barrier Reef.”

It has become the never-ending battle of the Coral Sea.

The reality is that sea creatures would starve in pure water – all marine life needs nutrients, salts and minerals. These come from other life forms, from decomposing rocks and organic matter carried to the sea by rivers, from dissolving atmospheric gases, or from delta and shelf sediments stirred up by floods, cyclones, dredging or coastal shipping. No one supports over-use of toxic man-made chemicals, but well-run cane, cattle and coal companies can co-exist with corals.

Corals first appeared 500 million years ago and have proven to be one of Earth’s great survivors. They outlasted the Carboniferous Forests, the Permian and Cretaceous extinctions, the dinosaurs, the mammoths, the Neanderthals and the Pleistocene cycles of ice age and warming. They thrive in warm tropical water, cluster around hot volcanic fumaroles and survive massive petroleum spills, natural oil seeps, tidal waves and volcanic dust. They have even recolonised the Montebello Island waters devastated by atomic bomb testing in the 1950’s.

The ENSO oscillation of blobs of warm Pacific water which caused recent coral bleaching can be identified in historical records for at least 400 years. Corals have survived El Niño warmings for thousands of years and they will probably outlast Homo Alarmism as Earth proceeds into the next glacial epoch.


Corals do not rely on computer models of global temperature to advise them – they read the sea level thermometer which falls and rises as the great ice sheets come and go.

In the warming phase like the one just ending, ice melts, sea levels rise and the reef that houses the corals may get drowned. Corals have two choices – build their reef higher or just float south/inshore and build a new reef (like the Great Barrier Reef) in shallower, cooler water. When islands sink beneath rising oceans, corals may build their own coral atolls as fast as the water rises.

Then when the cold era returns, ice sheets grow, sea levels fall, and the warm era coral reefs (like the Great Barrier Reef) get stranded on the new beaches and coastal plains. Usually the process is slow enough to allow the coral polyps to float into deeper warmer water closer to the equator and build another reef.

This eminently sensible policy of “move when you have to” has proved a successful survival policy for the corals for 500 million years.

Humans should copy the corals – “forget the computer climate models but watch real data like actual sea levels and . . . move when you have to.”

If you would like to comment on this article, or see other comments visit these webs:
http://www.americanthinker.com/blog/2017/12/the_neverending_battles_of_the_coral_sea.html

Corals that Survived the peaks of Holocene warming will survive a bit of El Nino bleaching:
http://joannenova.com.au/2017/09/scientists-surprised-that-reef-that-survived-the-hotter-holocene-is-already-recovering-from-2016-bleaching/

Corals thrive in warm tropical waters and can adapt to periodic warming:
http://www.2gb.com/podcast/peter-ridd/

Big miners like BHP dream of unlimited profits in Green-topia - when we all drive electric vehicles charged by non-coal electricity.

No wonder BHP, the big Australian miner who produces many of these commodities, has conveniently joined the war on thermal coal and now wears garish green lipstick.

Be Careful What you Wish For.

Even more incredible, they fear global warmth and seem hell-bent on creating global cooling. They should study climate history. It is snow and ice, cold dry air and carbon dioxide starvation we need to fear, not a warm, moist, fertile, bountiful atmosphere.

Climate change is natural and unstoppable.


Just 20,000 years ago, Earth was in one of its recurring glacial phases. A thick massive ice sheet smothered Canada, Alaska, Iceland, Greenland, North Asia and Europe as far south as London. Much of the animal and plant life of the previous warm era was extinguished. Even in warmer lands not covered by the ice sheet, plants suffered as the cold oceans removed moisture and carbon dioxide plant food from the atmosphere.

Then, because of changing cycles in Earth’s orbit and tilt, reinforced by changing solar cycles, the sun warmed the frozen lands. The great ice sheets melted, sea levels rose and the warming oceans expelled moisture and CO2 plant food into the atmosphere. Plant life recovered. Tundra, forests, grasslands and herbivores advanced towards the pole and fish became abundant in the shallow seas that flooded coastal plains. Hunters, herders, farmers and fishermen followed the food.

Human population increased greatly. They gave thanks for the warmth, and worshipped the sun.

But the peak of the modern warm era is past, and the natural cycles controlling global temperatures are pointing downwards.

Only an idiot with a death wish for life on Earth would attempt to accelerate our inevitable descent into the next ice age.

Luckily, their costly war on warmth is totally futile, but their war on carbon energy will prove tragically misguided in the cold times ahead.

Moscow gets just six minutes of sunshine in Dec 2017:
https://principia-scientific.org/moscows-2017-december-was-its-darkest-on-record

Much of USA covered in snow:
https://wattsupwiththat.com/2018/01/01/almost-half-of-the-contiguous-usa-still-covered-in-snow/

But just when you need it, green energy fails:
https://realclimatescience.com/2017/12/ontario-in-deep-freeze-wind-and-solar-generating-less-than-10-of-their-power/

But King Coal comes to the rescue:
http://www.washingtonexaminer.com/coal-to-the-rescue-as-record-cold-grips-the-east/article/2644591

Chinese children get frost-bite when coal is banned:
http://joannenova.com.au/2017/12/all-it-takes-is-a-few-kids-with-frostbite-to-foil-a-great-government-plan-and-coal-saves-the-day/

And in UK wind farms supply just 2% of power:
https://notalotofpeopleknowthat.wordpress.com/2017/12/28/wind-farms-in-england-only-supply-2-of-power/

The Ice may arrive quickly:
http://www.dailymail.co.uk/sciencetech/article-1227990/Ice-Age-took-just-SIX-months-arrive--10-years.html#ixzz3U4Mz3fs9

Even Sunny Queensland has a cold summer:
https://www.sott.net/article/371512-Coldest-summer-for-100-years-in-Queensland-Australia

Viv Forbes
8 Jan 2018
The Green Empress has No Clothes.

During December 2017, Germany’s millions of solar panels received just 10 hours of sunshine; and when solar energy did filter through the clouds, most of the panels were covered in snow. Even committed Green Disciples with a huge Tesla battery in their garage soon found that their battery was flat and there was no solar energy to re-charge it.

The lights, heaters, trains, TV and phones ran on German coal power, French nuclear power, Russian gas, Scandinavian hydro, plus unpredictable surges of electricity from those few wind turbines that were not iced up, locked down in a gale, or becalmed.

But King Winter has exposed the weak underbelly of Germany’s energy policy. Empress Merkel now faces a hostile political climate with no clothes.

The green energy retreat has started, in its heartland.

If you would like to comment on this article, or see other comments visit these webs:
http://www.americanthinker.com/blog/2018/01/the_green_empress_has_no_clothes.html

Germany gets 10 hours of Sunshine for December 2017:
http://notrickszone.com/2018/01/03/dark-days-for-german-solar-power-country-saw-only-10-hours-of-sun-in-all-of-december/#sthash.JBk2C8XQ.dpbs

John Coleman was the jovial and energetic meteorologist who delighted San Diego television viewers for two decades and angered alarmists for insisting that climate change is a hoax. Sadly he died last Saturday at the age of 83.

Here is John doing what he did best:

Here is a tribute from his friend Anthony Watts:
https://wattsupwiththat.com/2018/01/21/forecaster-father-and-friend-of-wuwt-john-coleman-passes-away/
Real Debate rocks the Geological Society of London.

The Geological Society of London helped to drive UK climate policy. However many members of the GSL have questioned their position papers, and a group of disgruntled geo’s resigned after the position papers were published.

There is now a movement to have the GSL position papers amended, and comments and submissions are invited. Read all about it below: