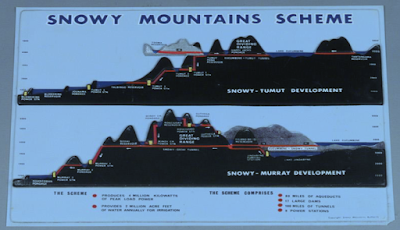 There has been so much talk and false information about Hydro Electric Power Stations, pump storage, and system battery storage that I felt it was time to put the facts straight. Some of the most incorrect and misleading information is from self-appointed university “experts” who have made all sorts of ridiculous statements; as well as from some politicians who either live in fairyland or are deliberately lying. You decide.

Do I know what I’m talking about? I was with the Electricity Commission of N.S.W. for 26 years in a number of positions including the commissioning and in charge of the Coal-Fired Thermal Generators at Tallawarra, Wallerawang and Munmorah Power Stations.

As part of our job we supplied power for the Snowy when required, and of course supplied and controlled the State power grid along with a number of other power stations.

Without doubt the Snowy Mountain Hydro-Electric Scheme is the greatest project Australia has ever undertaken. A magnificent project that the governments of today would be incapable of matching. Why? Because they lack the vision, the courage, and the foresight to plan and create such a project.

The money that should be put into this type of project is being wasted on almost useless Wind and Solar Farm subsidies. Then billions more to the U.N. in the name of ‘Global Warming’ which after nearly 40 years still does NOT have a shred of proof that our climate is affected by man. Prior to the “Snowy Scheme” construction, nearly all the water from the Snowy Mountains in the Australian Alps

flowed down through mountainous and practically uninhabited country until discharging onto the river flats of East Gippsland, and a major proportion of its flowed wasted into the sea.   This was while the inland regions of NSW on the inland side of the Australian Alps desperately required water for irrigation.

After a great deal of planning, the idea of the Snowy River Scheme was created and was considered and excellent means of employment for the new migrants coming from all over the World.

The primary intention was to turn the waters inland as well as maintain a flow to the Snowy River. The ability to generate Hydro-Electricity was a major
bonus to the original plan.

The construction began in 1949 and was finally completed by 1974.

It consists of sixteen major dams, seven power stations, two pumping stations, and 225 kilometres (140 miles) of tunnels, pipelines, and aqueducts. The Scheme was completed under the supervision of the Chief Engineer, Sir William Hudson, and is the largest engineering project undertaken in Australia.

The melting snow and rainfall flows into the Snowy River and some of its tributaries, much of which formerly flowed southeast onto the river flats of
East Gippsland, and into Bass Strait/Tasman Sea, is captured at high elevations and diverted inland to the Murray and Murrumbidgee Rivers irrigation areas, through two major tunnel systems driven through the Continental Divide of the Snowy Mountains, known in Australia as The Great Dividing Range. The water falls 800 metres (2,600 feet) and travels through large hydro-electric power stations which generate power generally for peak- load for New South Wales: the Electricity Commission of NSW receiving about two-thirds, Victorian power about one-third, and a small amount for the ACT.


P.S. And stand by for the completely new-technology thorium-fuelled molten salt nuclear reactors. Some easily–digestible information about this may be obtained via pages 3 to 5 of this PDF about the climate:

This is mind-opening stuff! (By the way: the Norwegians started their first reactor back in April 2013. Didn’t hear about this? “Good news does not sell newspapers!”)

And, just as The Snowy River Scheme was about providing water to irrigate our inland, so also is a by-product of this new nuclear technology: the ability to produce large amounts of fresh water that can be pumped inland using ultra-cheap electricity.
And then there are the medical isotopes that can be harvested to be used to cure cancers!

IMPORTANT: No nuclear melt-down risk, and very little low-level waste with this new technology – quite unlike existing nuclear plants. Because these new units will be modular, and operate at normal atmospheric pressures (unlike previous systems), construction costs will be much lower.