Australia’s Electricity is controlled by AGL

Andrew Vesey is head of one of Australia’s biggest electricity producers and retailers, AGL. AGL bought Liddell and Bayswater coal fired power stations in 2014 before Vesey became the CEO of AGL. NSW ALP initiated this sale and it was completed by Baird’s Coalition government against the strong advice of Australia’s corporate watchdog, the ACCC which stated:

There would be ''significant detriment'' if AGL's proposed purchase of the country's largest power generator, Macquarie Generation, proceeds while public benefits would be ''small'', competition watchdog, the ACCC has warned.

However, the sale went ahead for $1.5 billion. At the time and still, Liddell and Bayswater supplied over 40% of NSW’s electricity. To replace these 2 world class power stations would cost $7-8 billion. 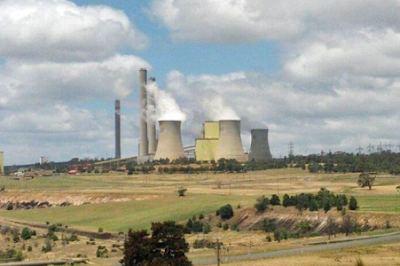 If these 3 coal fired power stations were closed the States of NSW, Victoria and South Australia would be blacked out. So what does Vesey propose to do? Vesey has a green activist background, he believes in alarmism, that human emissions of CO2 from the burning of fossil fuel are damaging the climate. He has surrounded himself with other green activists like Skye Laris, a former member of Get Up and ALP staffer and current partner of prominent ALP member and alarmist, Tony Burke:
Other members of Vesey’s team include Tony Chappel who is a graduate of Gore’s Climate Reality Project: 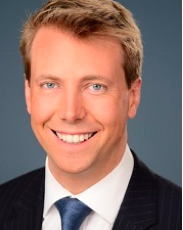 So, given all this why wouldn’t Vesey declare AGL is getting out of coal, will be closing Liddell and Bayswater in 2022 and 2035 respectively and that the future power needs of Australia will be met by solar and wind? And you can bet your bottom dollar and last candle Vesey will have the closure of Loy Yang A also on the drawing board.

Aiding and abetting this plan by Vesey is the government’s Large Scale Renewable Energy certificate plan. Basically, this plan allows wind and solar plants to issue renewable energy certificates which coal fired power plants have to buy. 26 million of these certificates at $85 each will be issued this year alone for a total cost of nearly $2.25 BILLION which the coal companies have to buy and pass on the cost to electricity consumers. $2.25 BILLION before they can charge anything for their power and which every electricity user has to pay before they pay for real power provided by coal power plants.

Why real power because the renewables can issue these certificates based on their installed capacity NOT what they actually produce. Dr Michael Crawford has done an analysis of this grotesque and wasteful scheme and an analysis of how other overseas carpetbaggers owning solar and wind farms profit from Australian electricity consumers shows those carpet baggers receive a return on investment of 900%! With 90% of the cost of the project coming directly from subsidies provided by the Australian taxpayer!

A study in 2012 showed Australia’s wind farms produce NO power for nearly 40% of the time. Solar is worse since the sun sets for 50% of the time and clouds interfere with their production of electricity. Neither wind or solar can supply base load or peaking power. Australia’s electricity is amongst the most expensive in the world: 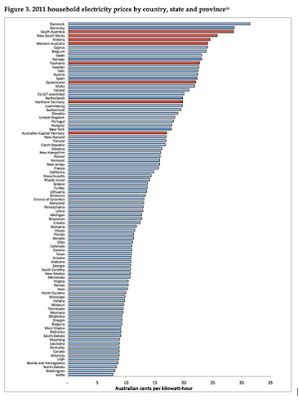 The world has spent $1.8 TRILLION on renewables with total world electricity from wind and solar still only 2%: 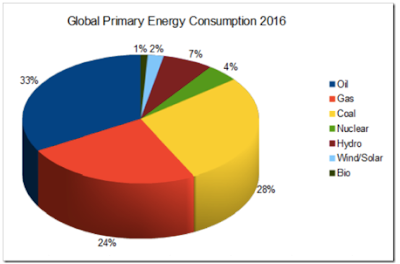 Australia has already wasted 10’s of billions on renewables and if Shorten wins the next election will waste another $100 billion at least. Vesey is already up to his neck in these taxpayer funded subsidies with $3 billion in a green energy fund and subsidies for the joke of clean coal. Vesey is on a $6.9 million PA salary package with either Turnbull or Shorten likely to dish out more. What does he care if the average punter can’t afford electricity or blackouts will occur and the nation is heading for an economic cliff courtesy of electricity prices and shortages. Vesey can smile because the joke is on us: 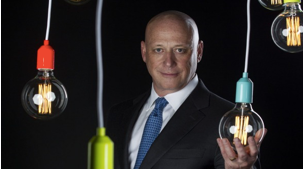 The next time you look at your electricity bill remember that face.
Posted by Geoff on September 10, 2017 8 comments: