The Carbon Sense Newsletter, July 2017.
To view or print the whole newsletter plus images click:
http://carbon-sense.com/wp-content/uploads/2017/07/finkel-fails.pdf

Dr Finkel, grandly titled as “Australia’s Chief Scientist”, was paid by tax payers to produce:
“A Review into the Future Security of the National Electricity Market”.

This report has been studied and is rated “FAIL”.
It Fails in Science
It Fails Electricity Consumers
It Fails Australia

But Green Energy Promotors are Delighted.

Substantiation of this “FAIL” assessment can be found here in this magnificent Open Letter by Dr Michael Crawford.
See:
http://carbon-sense.com/wp-content/uploads/2017/07/open-letter-to-dr-alan-finkel.pdf


Read All about it:

Even Visiting Americans can see the foolish mess Australian politicians have created:
https://townhall.com/columnists/pauldriessen/2017/07/15/insanity-and-hypocrisy-down-under-n2355240

1.  Defer until 2030 the implementation of the UN Climate Agreement.

4.  Advocate 99.98% availability targets for all energy suppliers to ensure reliability of supply.

5.  Advocate building only traditional coal-fired power stations in the future for base load.

6.  Do not support the use of gas as a base-load fuel as it is more expensive than coal.

7.  Do not advocate High Efficiency Low Emission (HELE) power stations unless the economics justify their more expensive construction costs. The extra CO2 that conventional coal-fired power stations emit is neither dirty nor a pollutant – despite advice from the Green Coalition which dominates the Labor, Liberal and Green Parties.

8.  If, in the face of scientific evidence, you still want to believe that CO2 is a problem, commit to a concurrent long term plan for developing a Nuclear Industry.

If these policies were implemented, we would not need expensive interconnecting transmission lines, or the costly, parasitic Energy Marketing Operator (States would be responsible), or PM Turnbull’s energy recycling scheme, Snowy Mk 2.0.”

The History of the Climate Scare:
A nice overview of the history of the global warming scare since 1988
http://amlibpub.blogspot.com.au/2017/06/agenda-behind-global-warming-alarmism.html 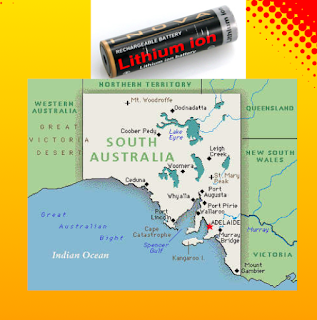 It contains these facts:

“Based on calculations using the Swedish study’s various battery CO2 emissions estimates, as well as the methodology described by the EPA, I estimate that the carbon emissions sinkhole would equal between three and 5.4 years of driving an ICE car.”

“The Swedish study showed substantial CO2 emissions coming from the manufacture of the EV batteries. Importantly, the volume of pollution rises in a linear relationship with battery size, a trend driven by EV manufacturers working to extend their EVs’ range to ease consumer “range anxiety” concerns.”

“What the study concluded was that there were 150-200 kilograms (330-440 pounds) of CO2 emissions for every kilo-watt hour of battery storage. “

An important question the study addressed was the pollution related to the scaling of EV batteries. The data shows that pollution increased directly with battery size.