Andrew Bolt presents The Bolt Report on the 8th November 2015 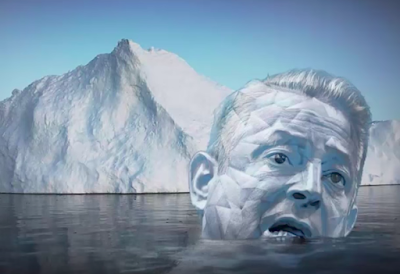 Al Gore has a meltdown and despairs as his climate change alarmism fails with the general public in Australia. His worst fears are now being realized as he fails to become the planet's first climate Billionaire. Andrew presents a CSIRO report on Australian attitudes to the climate change con. Even though CSIRO is funded by the government to the tune of hundreds of millions of dollars every year to do climate 'research' and so has a vested interest in prolonging the scare, it cannot hide the facts that are revealed in its 5-year study.
Despite asking favorable questions, and spinning the data as much as possible to favor CO2 alarmism, the CSIRO, Al Gore and the climate hysteria are all seen to have been utter failures at alarming the Australian public.


The entire north 'polarized' cap will disappear in 5 years.

Then Andrew Bolt, in November 2015 announces:

Andrew tells us that the scare-mongering that followed was a scandal, pushed by a media that swallowed the most preposterous claims.

Andrew presents three Australian Prime Ministers who have been drinking the Kool-Aid.

They all say Climate Change is real.

Climate has changed since the beginning of time.

However, with all that alarmist propaganda, the alarmists have FAILED! 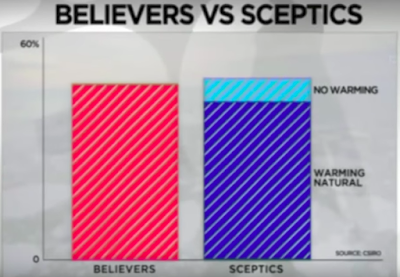