Mirrors and Mazes: A new guide to the climate debate. 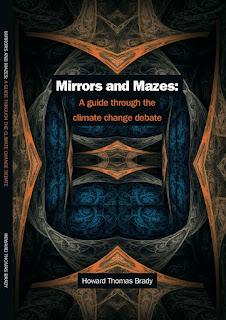 Dr Howard Brady is an Australian, who worked as an Antarctic scientist. He was on four expeditions to Antarctica with the US Office of Polar Programs.

He has published scientific articles in periodicals such as:
• Journal of Glaciology
• Nature Magazine
• Science Magazine

He was a contributor to Antarctic Geoscience, a book released by the Scientific Committee on Antarctic Science in 1982.
Special Award

In 2011 Dr Brady was awarded the Distinguished Alumnus Scientist of the Year by Northern Illinois University for contributions to climate research and to the community at large.