The Arrogance of the Main Stream Media

The arrogance of the main stream, and even too much of the medium stream media, believe they have a divine right. It is the same. They are panicking because the internet and Trumps’s use of Twitter has and is bypassing them completely. They accelerated their own demise by not accepting the responsibility that comes with being the Fifth Estate.

It is sad and pathetic to see even Fox trying to defend people like the New York Times journalist who claimed the MLK bust was removed. They mumbled about it being an honest mistake. No, it wasn’t.

It was a deliberate story to turn most people, but especially African Americans, against Trump. His objective is confirmed by the grossly inadequate research. All he had to ask was “Where is the bust?” When called out he produced the cynical, insulting, and inadequate explanation that somebody stood in front of the statue. The apology was not to the people or the President, but to other journalists because they all stick together as the Fox people proved.  The story was fake news, pure and simple.

The difference was Trump and his people called out the story in a way no politician would dare do before. The media action and reaction was precisely the type of behaviour the public rejected in the election and why they turned to the new sources.

For some 300 years, the mainstream media has been the mouthpiece for the power elite as William Cowper’s 1772 poem attests.

How shall I speak of thee or thy power address,
Thou God of our idolatry, the Press?
By thee, religion, liberty and laws
Exert their influence and advance their cause;
By thee worse plagues than Pharaoh’s land befell,
Diffused, make earth the vestibule of Hell;
Thou fountain, at which drink the good and wise;
Thou ever-bubbling spring of endless lies;
Like Eden’s dead probationary tree,


Knowledge of good and evil is from thee.

We are witnessing history as that “power” is virtually gone. As I have written, it is the final stage of the American Revolution as the people now have access to information. There was a brief stage in the Revolutionary when Pamphlets became the information that by passed the mainstream media, but it didn’t last.

Tim's CV is here. Tim's latest book, ‘Human Caused Global Warming. The Biggest Deception in History’ is an abbreviated, illustrated, version for those overwhelmed by the science. Its production was triggered by the exploitation of the fact that 80 percent of the population are arts-oriented. 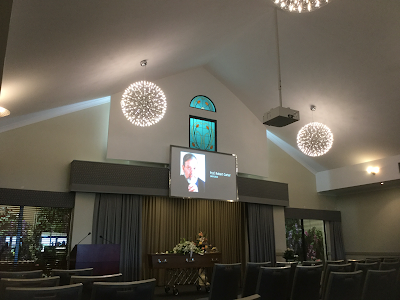