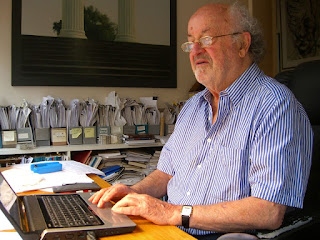 As we watch our TV news showing well below freezing temperatures in parts of Europe, even in Greece, and North America, we are also told by official meteorological agencies that 2016 was one of the warmest years on record. For example, in its report on 2016, the Australian Bureau of Meteorology  claims that year was “

Australia's fourth-warmest year on record (the national observational dataset commences in 1910), with Australia’s area-averaged mean temperature for 2016 being 0.87 °C above the 1961–1990 average.

It also claims that

sea surface temperatures in the oceans around Australia were the warmest on record at 0.73 °C above average.

The UK Met Office claims that provisional statistics published by it show 2016 as 13th warmest year in the UK (in the series going back to 1910) and that globally 2016 shares the warmest year with 2015.

An important question is why there is such a focus by official agencies on the warmest year and whether that phenomenon helps understand the causes of the increase in temperatures published by official agencies.
As to the causes, the Australian BOM report acknowledges that “the Australian climate in 2016 was influenced by a combination of natural drivers and anthropogenic climate change”. But the UK Met mentions neither of these and the Aus BOM does not say anything about the relative contributions made by natural drivers and human activity.

We can say however that, even if temperatures have increased by about 0.8ºC since around 1900 (which is the standard official message), this has done no harm. To the contrary, as illustrated in the attached report by the FAO, 2016 produced record agricultural output and since 1900 there has been a strong increase in food and other consumer production, with poverty rates falling. This suggests that, even if CO2 emissions did contribute to increased temperatures, there is no need to reduce the CO2
Read more »
Posted by Geoff on January 19, 2017 1 comment: