Posted by Geoff on October 14, 2017
The Carbon Sense Newsletter, October 2017.
To view or print the whole newsletter plus images click:
http://carbon-sense.com/wp-content/uploads/2017/10/lights-out.pdf

For yonks they waged a war on coal
And painted miners black;
They threw explorers on the dole
And shut the gates outback.

The land was closed to oil and gas
And nukes were always banned;
While wind and sun got all the brass
And uglified the land.

Poles and turbines all in ranks
Sprouted on the hills;
The carbon credits pleased the banks
And households got the bills. 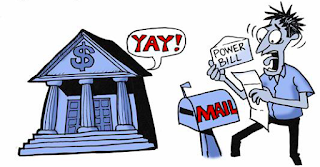 Then all the factories fled offshore
As puny power flickered;
More jobs were lost for evermore
As politicians dickered.

Then one still night the lights went out
And blackouts stalked the land;
The pollies quickly turned about
And Greens were spurned and banned. 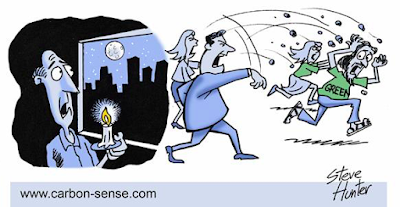 To view or print the whole newsletter plus images click:
http://carbon-sense.com/wp-content/uploads/2017/10/lights-out.pdf

“Daring to Doubt”
by Tony Abbott:
“Climate change is by no means the sole or even the most significant symptom of the changing interests and values of the West. Still, only societies with high levels of cultural amnesia could have made such a religion out of it. Beware the pronouncement, “the science is settled”. It’s the spirit of the Inquisition, the thought-police down the ages. Almost as bad is the claim that “99 per cent of scientists believe” as if scientific truth is determined by votes rather than facts.”–Tony Abbott, 2017 Annual GWPF Lecture, London 9 October 2017
https://www.thegwpf.org/tony-abbott-daring-to-doubt


“The Paris Agreement”
by President Donald Trump
What he really said.
https://www.thegwpf.com/reminder-what-president-trump-really-said-about-the-paris-agreement/

Personal:
Thanks to all of those who sent well-wishes on our moving adventure and downsizing of our lives. Some even sent contributions to the depleted Carbon Sense cause.

We are making progress on the shift. As an experienced shifter predicted, we have reached the “where did we put that” stage.

Next we will be saying – “why did we keep that stuff”.

But our office is now working and more Carbon Sense will flow again. Thanks for your support.