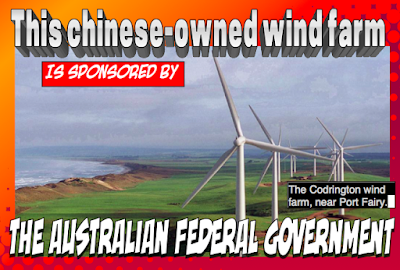 Sixty per cent of existing wind farms are owned by foreign firms.

This will increase to 69 per cent when four projects now in development are complete.
And it will rise further still when the nation’s biggest wind farm development, Stockyard Hill in Victoria, is built.

The sale by Origin Energy of the Stockyard Hill wind farm project to Chinese company Goldwind Energy this week has put the spotlight on the shift to foreign ownership in Australia’s biggest renewable energy industry.