Who is the Mocker?

He has hit the nail on the head. He has burst the balloon and released all that vital to life carbon Dioxide from the balloon.

What did he say?

The science is settled.

Well, that is debatable. However, the Mocker continued:

The science is settled, and for the good of the planet we must act urgently to curtail our emission pollutants. No, not so much the greenhouse gases; rather, the Gaiagasbags, named after the pagan goddess of Earth.

Every time we have a hurricane or a bushfire these insufferably self-righteous harbingers of climatic cataclysm pop up with all the fervour of a firebrand preacher. You know the score. Get down on your knees, shallow ones, for ye have sinned against Gaia. Bow your heads and repent of your wicked ways, for only I can offer you redemption.

So, we see Jane Caro above. 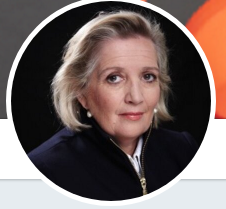 The Mocker quoted the Red Bandana:

Obviously, Peter Fitz does not have Google, or at least the ability to do a Google search.

Yep, the Bandana either avoids empirical data, or ignores it.

Come on Peter, check the evidence.