Tony Heller shows the US government is giving out false climate data.

Tony Heller presents convincing evidence that the official temperature record has been "adjusted" to create global warming. He compares newspaper reports of unusually warm or cold weather with the "official" temperature charts and finds they do not match. He also shows that the "official" record is different today than it was a few years ago.
After seeing convincing evidence that the climate record has been "adjusted" to show large amounts of warming, one Senator and one audience member (at 37:20) actually ignored the facts and attacked Tony, instead of asking intelligent questions.
A Climate Science Presentation:
To the Energy, Environment and Telecommunications Committee of the Washington State SenateOlympia, Washington February 7,2017


He was the only Scientist to Have walked on the Moon and he is a prominent climate sceptic.

Tony Hellers shows the government is giving out false climate data. from portland politic on Vimeo.
Posted by Geoff on July 30, 2017 1 comment:

Climate hysteria from the media: business as usual

My friend Phill who really knows about temperature history made a brief succinct response:

The article is titled "Temperatures smash 30-year July record in New South Wales" and the text states, "Temperatures in the New South Wales town of Moree have broken a 32-year record for the warmest July day, with unseasonably warm weather predicted for other parts of the state this weekend."
Wednesday's record breaking temperature was 25.7oC.  32 years ago in 1985 the maximum July temperature was 26.1oC on the 29th, so, for the record, no record has been broken (or smashed for that matter).  Going back further, on the 18th July 1974 the temperature hit 26.5 oC so the record is actually 43 years old and still no record has been broken.   In case you might quibble that this is just some poorly kept hick station, the August 1975 edition of the "CLIMATE AVERAGES AUSTRALIA" published by the Bureau of Meteorology lists the Moree site as Moree (A.) Met. Office.
This would seem to indicate that the site was professionally manned by BoM staff and was at or near the airport (A.).  Notice too that for the period of overlap with the current station both sites recorded nearly identical extremes.  Currently the Climate Data Online (CDO) lists this office as Moree Comparison.  This site was opened in 1964 so high quality records exist at Moree for over 50 years now.
Why stop there: the Moree Post Office has temperature records dating back to at least the early 1880s although the BoM's CDO only has maximum monthly temperatures listed from 1910 onward.  Unfortunately the first 30 years of temperature data which includes the known warm period leading up to and out of the great Federation drought are not available in digital tables, never-the-less the remaining data from Moree PO has at least 6 July occasions when last Wednesday's "non record" was exceeded including a whopping 27.8oC on the 28th July 1958.

This graph says it all:

So much is happening to show that the Alarmists are losing the arguments. Here are a few recent events. 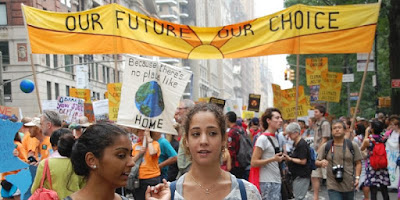 Rally for Australia against the UN Interference


In the podcast, linked below, Chris Smith says that the country’s in no better shape than it was when we had protests to Parliament. Now he says they are organising a rally on the 26th August at Belmore Park in Sydney, right next to Central Station.

The new leader of the Consumer and Taxpayers’ Association (CATA) is Dr. Jim Sternhell.

After welcoming Jim, Smith asks why another rally?

JS: The Politicians have let us down, yet again; and even worse this time, because the power bills are going to go up very soon will add one thousand a year to the cost of living for no demonstrable benefit at all…..increase power bills for industry and cost even more jobs.

The themes of the rally are going to be:

JS: The Paris agreement was the large part of that. That’s from the UN and they’re a large part of the problem.
Chris Smith asks Mr. Sternhell to tell about his fight against the UN.

JS: Well, the fight against the UN: They are actually unconstitutional. If you look at Section 44: Part One of the Australian Constitution, if you bear obedience, allegiance or assurance to a foreign power, you are not eligible to be even selected in the Australian Parliament as an MP or a Senator. The UN are effectively a private foreign power; they select their own people. We don’t get a say in that at all. And if you are not one of THEM, you don’t get a Guernsey.