Toxic (or is that TAXic) Greens hate National Sovereignty and Cheap Energy. 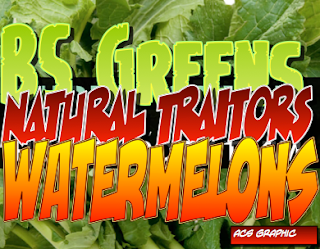 Except the Greens do not like the renewable energy that comes from Hydro Tidal Energy.


The Greens do not support proposals to use the vast tidal ranges off Western Australia’s Kimberley coast for tidal power.

The Greens do not support new dams and so they are against renewable energy from dams' creation of Hydro Electric power.

The major Australian Political Parties are ALL in favour of some Renewable Energy Targets.


We are aware of reports over the weekend that Alinta Energy intends to pay shortfall charges rather than surrender large-scale generation certificates to meet all their obligations under the Renewable Energy Target.

Did Alinta fail to pay their carbon (dioxide) tax?

Why should Australia pay overseas sharks and snake-oil salesmen for their RET subsidies when we have an abundance of coal, very cheap energy?

Back to the (inside RED, Outside) Greens and their hatred of Australia.

They do not believe in Australian Sovereignty.  They believe in World Governance.
In a world governance, Australia's vote would count for Zilch.
(Personal Declaration: I used to own a yacht called Zilch.)

Compare the populations of the World 2017 (from Worldmeters) 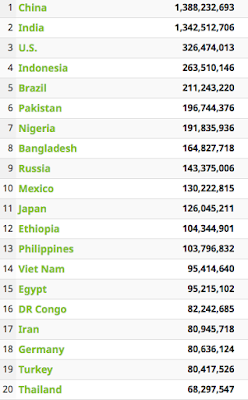 YES! The Greens want to put all these countries above us in the order of WORLD voting.

All of these plus another 32 countries.