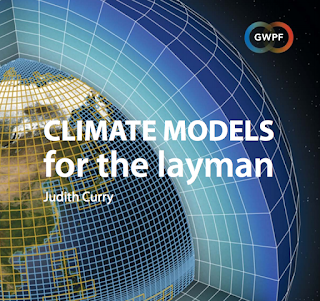 Professor Judith A. Curry is the author of over 180 scientific papers on weather and climate and is a recipient of the Henry G. Houghton Research Award from the American Meteorological Society in 1992. She recently retired from the Georgia Institute of Technology, where she held the positions of Professor and Chair of the School of Earth and Atmospheric Sciences. She is currently President of Climate Forecast Applications Network.

She has written a paper on the flaws in Global Climate Models (GCMs) (link) which has been published by GWPF.

There is considerable debate over the fidelity and utility of global climate models (GCMs). This
debate occurs within the community of climate scientists, who disagree about the amount of weight to give to climate models relative to observational analyses. GCM outputs are also used by economists, regulatory agencies and policymakers, so GCMs have received considerable scrutiny from a broader community of scientists, engineers, software experts, and philosophers of science. This report attempts to describe the debate surrounding GCMs to an educated but nontechnical audience.

Climate models are useful tools for conducting scientific research to understand the climate system. However, the above points support the conclusion that current GCMs are not fit for the purpose of attributing the causes of 20th-century warming or for predicting global or regional climate change on timescales of decades to centuries, with any high level of confidence. By extension, GCMs are not fit for the purpose of justifying political policies to fundamentally alter world social, economic and energy systems. It is this application of climate model results that fuels the vociferousness of the debate surrounding climate models. (bold added)