The program towards the Covenant of Democratic Nations was launched in Washington D.C. on 23rd January 2017 and the next meeting was in New York City on the 31st January. US Investigative Journalist and Award winning author, Edwin Black, is leading the initiative. 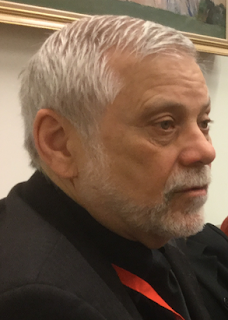 Present for most of the meeting was 4 Corners Producer Debbie Richards with a cameraman.

Edwin said that he was helping to ignite the conversation.

Leon read a statement from Malcolm (who was in the senate chamber) saying that Malcolm had a strong conviction for sovereignty.

Grant Goldman then made a statement including the UN way was to usurp power for the wrong reasons and we lose control of our own nation. Grant closed with:

We can only hope that One Nation can bring about a UN exit.

John Adams said that we have given up too much sovereignty to the UN. He said there had been a very big start towards Internationalism and reminded us of ex-senator Bob Brown's talk of World Government. Adams also mentioned the unelected UN officials and that the UN's original charter was "world peace."

Adams also mentioned that our PM Turnbull is pro Internationalism. He closed with the fact that it would be good if senator Roberts established an inquiry.

Malcolm Roberts then joined us for a short time. His main points:

John MacRae held up 5000 treaties and the Agenda 21 document. John said the Greens should change their name to the Hypocrisy Party.

After a question and answer session, Edwin then summed up.


Where do we go from here?