A Political Fad vs National Security; A US story

Posted here to show the AGW madness is world-wide. 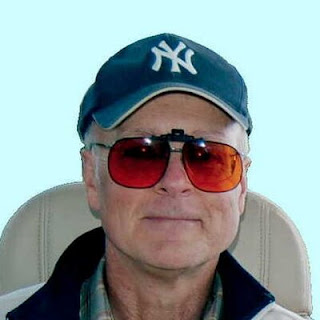 Get some hot chocolate and a few nutritious cookies. Now sit by the fire in your favorite chair, and mull over this Enchanting tale.

The fundamental questions we need accurate answers for are:

The answers to those critical questions are:


a) who have economic interests at stake, and/or

b who are promoting political agendas. Any connection of our energy policy with Science is accidental.


2) No. Lobbyist-driven technical policies benefit their clients — but are typically not good for our citizens, our economy, our military, or our environment. For example, costs end up being more than projected, benefits turn out to be less than promised, and unintended liabilities are often frequent and severe. None of these consequences should be a surprise, as they are the expected results of unscientific solutions.

The point is that the methodology of coming up with our national technical policies is fundamentally flawed. An instructive case is what transpired with the large Desert Wind/Amazon project, currently being built in North Carolina. Here are some unsurprising results of a self-serving lobbyistdriven energy policy…

1 - The current administration’s position appears to be that promotion of industrial wind energy is more important than maintaining our military missions, assuring military readiness, and/or protecting the lives of military personnel.


Sample Evidence #1: See Congressman Randy Forbes persistent and insightful questions (actual page 19, but labelled as page 15) to senior Obama staff officials in front of the House Armed Services Committee. Their answers make it quite clear as to what their priorities were.

Sample Evidence #2: The DoD Wind Clearinghouse has been given 5000+ cases where there is some type of conflict between a proposed wind project and a military facility. Only once was a wind project cancelled.

3 - Few people have any idea what a ROTHR facility is. Even fewer are aware of the critical roles that the ROTHR facility has in protecting our national security — on several key fronts, like terrorism. (BTW this Virginia facility is one of only two in the continental US.)

4 - In its zeal to promote renewable energy, the current administration appears to knowingly have agreed to compromise our national security. They were aware of the serious potential risks the Desert Wind/Amazon project could have on the ROTHR facility, yet choose to play them down.

5 - In their one-sided commitment to promote wind energy, the current administration did not take some reasonable precautions in this situation, that would have better protected our national security.


Example #1: Did they insist that the Desert Wind project be moved just 20+ miles away to protect our national security? No. (This might have been a nuisance to the developer, but not an insurmountable problem. Who should be inconvenienced here: the wind developer or our military?)

Example #2: Did they have any provisions in the DoD-Developer Agreement that would automatically shut down nearby wind turbines that caused a major disruption in the ROTHR signal?


6 - This wind project was pushed through the NC “approval” process without any NC statewide wind energy rules or regulations being applied. (That situation has since been corrected with passed NC legislation.)

7 - Due to this lack of oversight, a lawsuit was filed that the state should require that reasonable wind energy rules and regulation be applied to this wind project, and not let this wind project get approved on a technicality.


The state attorney general (and now Governor-elect) Roy Cooper fought against independent environmental tests (and a military assessment) being done, and he won. So consider that irony: Governor-elect Cooper is the highest “progressive” person in NC, yet he led the fight against a reasonable environmental assessment to protect the state’s ecosystems.

8 - The main argument made by the promoters of this wind project is that it will be an economic boon to a depressed rural area of North Carolina.


Fact 1: our electrical energy sources are not selected due to the economics on a host community. Instead our electrical energy sources are chosen based on their reliability, true cost to ratepayers & taxpayers, proximity to demand centers, dispatchability, etc. Wind energy fairs poorly on all such metrics — which is why wind proponents try the sleight-of-hand tactic to talk instead about local taxes, local lease payments, etc.

Fact 2: the reality is that the Desert Wind project is likely to be a substantial negative financial drain on local economies. Our webpage references the projections of independent experts who have no dog in the fight. Using their numbers results in the conclusion that the two affected NC communities could well have a net loss of $11± Million, per year! So if local economics is really of paramount importance, why don’t wind proponents ever show an objective, NET local financial impact?


9 - The electricity economics of this project were so bad, that all three NC utility companies (Duke, Progress and Dominion) declined to buy its power. The NC Democrat Governor at the time (following the national lead), interceded and tried to cajole the utilities to accept this higher-cost electricity. To their credit, they refused to pay for this expensive electricity.
The only way this project survived was because Amazon stepped in to buy the expensive Desert Wind electricity. Even though Amazon was alerted to the national security issue involved here, they chose to look away. This appears to be a classic example of greenwashing.

10-It is with the knowledge of these matters that the leaders of the NC state legislature have formally appealed to the new Trump administration to intervene here to defend our military and to protect our national security.


Congressman Walter Jones (co-chair of the House Armed Services Committee) wrote a good cover letter in support of the NC Legislators’ excellent correspondence. (We are hoping that our two senators will join in to present a united front.) Has there ever been an example where state legislative leaders have officially gone on record to ask the federal government to come in and shut down a wind project? No! Kudos to the NC state legislators for taking a principled stand on a VERY important matter.

This information is to the best of my knowledge. If any errors are found here, please send supporting documentation to the undersigned, and suitable corrections will be made in an update.