Brian Cox, on his rude, massaged-data-evidence throwing appearance on QandA, asked Senator Roberts if he believed in the moon landing; then spluttered:

"The idea that NASA — I should say to people, by the way, the Australian Academy of Science have done a brilliant — you can never get any sense on programs like this (Q&A), they're adversarial, but the Australian Academy of Science report is superb. I've brought it because I'm going to come and give it to you in a minute for you to have a read. The accusation that NASA, the Australian, the Met Office in the UK, everybody is collaborating to manipulate global temperature data..." (source: ABC)

No, Brian, that was NASA:GISS. The real NASA astronauts, who engineered the moon lannding, have disputed the GISS "scientists."


Some prominent voices at NASA are fed up with the agency’s activist stance toward climate change. The following letter asking the agency to move away from climate models and to limit its stance to what can be empirically proven, was sent by 49 former NASA scientists and astronauts.

AND 100% of Scientists who walked on the Moon agree that man-made Global Warming is total bullshit. 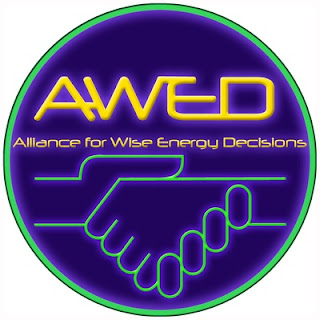 The latest Energy and Environmental Newsletter, is now available online.

Some of the more interesting energy articles in this issue are:
Gov’t Study: Wind Turbines Cause Sleep Loss, Stress, and Anxiety
Video: Infrasound — What You Are Not Being Told
What if the US had to pay EU energy prices?
Wind Project Ecological Assessments Fail to Reduce Risk of Bat Killings
Epstein's University Energy Talk and Q&A
America Needs More Nuclear Power, Not Less
Wind an even Bigger Boondoggle than Ethanol
Wind Energy: Our Least Sustainable Resource

Some of the more informative Global Warming articles in this issue are:
Brexit2 Signals the End of the Green Age
What Happened to Climate Science?
University Stole Millions from Taxpayers by Faking Climate Change Research
“Global Warming” or “Climate Change”?
Peer Review — Why Skepticism is Essential
1920s Brit ‘fatally infected’ All Government Climate Models
Deaths Caused by Climate Change
Study: Does the World Need Climate Insurance? No
Myron Ebell Perfectly Suited for EPA