Climate Realist Malcolm Roberts voted in as a Queensland Senator

Malcolm Roberts, for ~10 years has been fighting against the man-made global warming climate hoax on his own and as spokesman for the Galileo Movement.

After some consideration, he decided to put his name up as No 2 to Pauline Hansen in the Queensland Senate Election. Then, on Broadcaster Alan Jones' breakfast program he exposed the fact that the LNP had already introduced a form of carbon tax.

Malcolm had previously talked to then  Minister for the Environment Greg Hunt and presented him with empirical evidence to show that the man made global warming scare was a hoax.

Now, Malcolm has been voted in as Senator-Elect for Queensland.

“I’ve done a lot of research into climate,” he said at a media conference on Thursday. “I went looking into the agencies that have been spreading the climate science. I started finding out things about the CSIRO and Bureau of Meteorology. That led me then to the UN, which has been driving this." 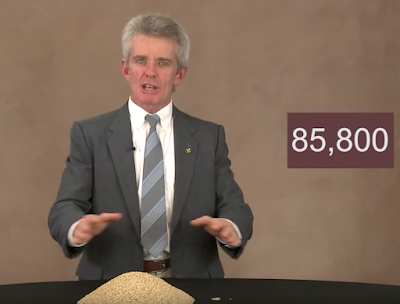 Here is a short video from Malcolm showing how stupid the man made global warming hoax is. It couldn't possibly be down to the one molecule of man's CO2 in the 85,800molecules of atmosphere: