The Silence of the CADs - Is this the old Soviet Union? 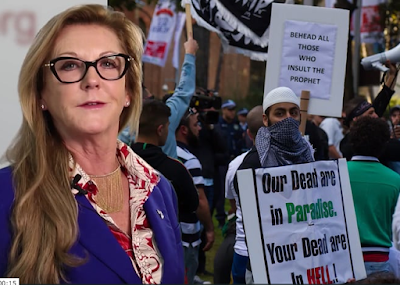 From the Web-site of Australian Liberty Alliance

This TV Advertisement was produced and scheduled to be aired in Western Australian for the 2016 Australian Election Campaign. All produced, paid and scheduled to go to air from the evening of Sunday 19 June. Then the station cancelled in the afternoon of Friday 17 June. The paid for slots were immediately reallocated to other advertisers. Political business as usual in 2016 islamophobic Australia.
Note it's not us having an irrational fear of offending Islamists. We recall the banks refusing us Eftpos services, ticketing services walking away from signed agreements, booked and paid venues cancelling in the last minute, paid advertising in the media refusing to publish without notice - this is the reality in 2016 Australia when we speak critically about the ideology we must not criticise.
The islamophobes in the true sense of the word are cowards in the media, the regressive left in academia and morally bankrupt politicians, who can't see further than the next opinion poll. Is this the Australia we want to hand over to our children?