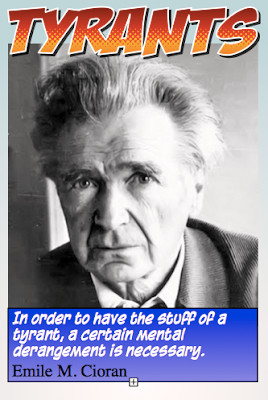 Tyrants and fundamentalists have a defining quality. They are intolerant of criticism. Islam killed its critics at Charlie Hebdo and brave individuals like Ayaan Hirsi Ali are under permanent death threat because of their truth telling about Islam.

Alarmists are not at the stage of Islam; yet. But they censor, censor, and censor; alarmists accuse sceptics of insanity, of mental disorder; they want to jail sceptics, lock up sceptics, sue sceptics; Judges want to use the law to stop sceptics; Gore and 17 democrat US state A-Gs are going to sue Oil companies to find out when they knew about AGW; and academics want the death penalty for deniers.

Maybe alarmists are as bad as the Muslims.

In Australia under the Rudd/Gillard governments the Finkelstein report attempted to muzzle discussion about alarmism.

The reason for this suppression and aggression is two fold;

The Conversation is part of this fundamentalism and typically it is funded by the public while censoring the public. Many of my fellow sceptics are subject to oppression at The Conversation as I have been in the past.

In a recent post at The Conversation by Marc Hudson this trait of censorship is endorsed. The general theme of the Hudson essay is that fossil companies knew about alarmism in the 1970s and have been complicit in preventing information about alarmism from getting out. There are a number of ironies in this puerile essay.

Firstly big oil has been a supporter of alarmism. This support is to no doubt to mute the hysteria of alarmism and also to be in the queue for subsidies for renewable energies. The fossil companies have not distinguished themselves by standing up to the alarmists as their support for the chimera of CO2 capture and clean coal has shown.

Secondly in the 70s the prevailing theory from the hysterics was an impending ice age.

Before the cooling hysteria of the 70s both cooling and warming had been previously predicted by the alarmists. The only consistency in alarmism is that it is wrong and never concedes that it is wrong.

Hudson ignores the pathetic failures of alarmism and gloats about the imminent demise of coal because of Peabody Coal’s Chapter 11 Bankruptcy petition. This is glaringly wrong. Coal continues to be the world’s dominant power source. Brendan Pearson, chief executive of the Minerals Council describes the comparison between fossils and renewables:

Let’s do the maths. Last year wind and solar ­energy produced the equivalent of nine days of global primary energy needs. Coal produced 109 days and fossil fuels combined produced 313 days of the world’s ­annual primary needs. Despite all these power sources, 1.3 billion people still missed out on electricity and a further 1.7 billion only had partial access.

Pearson goes on to also point out the immorality of alarmism:

Halting or limiting coal or fossil fuels output will simply mean that those with no or partial access to electricity would have to wait much longer in the dark.

This aspect of alarmism is often ignored. Alarmism is based on an assumed moral superiority. Alarmism is saving the world gloat alarmists. But in fact what alarmism is doing is condemning millions to energy poverty and even death.


The hypocrisy is compounded when it may be the case that Germany the poster child of renewables is likely in the future to need coal powered energy from China which is building coal power stations.

The real reason that Western coal companies are struggling is not because the world is using less coal.

The reasons are the Saudis and OPEC are over-producing oil to wipe out the fracking boom particularly in the US which along with Australia has oil equivalent reserves potentially larger than those in Saudi Arabia.

Secondly China has been stockpiling coal in the recent down turn ; that down turn has passed and China’s usage is increasing again.

Naturally Hudson endorse the plan by Gore and his 17 democrat A-G’s to sue the fossils via the Competitive Enterprise Institute (CEI). But Gore’s censorship is typical half-baked alarmism. As Hans von Spakovsky notes:

Walker (the A-G initiating the action) didn’t actually get a court in the Virgin Islands to issue the subpoena; he simply issued it himself.

Subpoenas that are not issued by a “court of record” and that are not part of a “pending judicial action” cannot be domesticated in another jurisdiction like the District of Columbia where CEI is located and was served with the subpoena. This is the type of basic error that one might expect from a young law firm associate, not the attorney general of a U.S. protectorate.

But more fundamentally, CEI is objecting on First Amendment grounds, citing to court cases prohibiting the compelled disclosure of the type of information and documents that Walker is trying to obtain. Grossman claims that the subpoena “violates the First Amendment because it constitutes an attempt to silence and intimidate, as well as retaliate against, speech espousing a particular viewpoint with which the Attorney General disagrees.”

CEI asserts that the subpoena is also “invalid because the underlying investigation is pretextual, is being undertaken in bad faith, is intended as a fishing expedition, and is in support of an investigation of charges that have no likelihood of success.”


Hudson’s pitiful article is in itself of no importance. But it is symbolic because it continues the attack by alarmism against science, truth and the best interests of humanity.

The Conversation is anything but a conversation and should be defunded immediately. 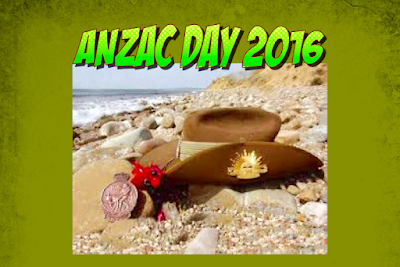 They shall grow not old, as we that are left grow old:


Age shall not weary them, nor the years condemn.
At the going down of the sun and in the morning,
We will remember them.Lest we forget.

She's gonna get you

She's gonna get you from behind

With a few more years, he could have sung of the IPCC's Devil Leader  Rajendra Pachauri:

He's gonna get you

He's gonna get you from behind

Have you heard much from the Australian Media of the lecherous (alleged?) Rajendra Pachauri?

Eventually, at 45 in the Google list, the Alarmist Sydney Morning Herald appears with


Rajendra Pachauri, chairman of the Nobel-Prize winning Intergovernmental Panel on Climate Change, has withdrawn from next week's talks due to "issues demanding his attention", the UN body said on Sunday

His cancellation comes after Delhi police said Dr Pachauri, 74, was accused of sexually harassing a 29-year-old researcher from his Delhi-based think tank The Energy and Resources Institute (TERI).

And "our ABC" comes in at position 73 with

This blog, with a small red-face, came in four places behind "our ABC"
IPCC Chief Pachauri in Sex Scandal

Meanwhile, a story in the Calcutta-based Telegraph suggests that Pachauri has long treated female staff members “like little girls” by lifting them off the ground as one might do with toddlers in North America. Based on the above two women’s accounts, plus “interviews with two long-term [TERI] employees,” the article implies that physical contact and sexual innuendo have long been part of Pachauri’s modus operandi.

The UK Telegraph has also pointed out via columnist Christopher Booker  the reluctance of the MSM to report the sexual foibles of this former "darling" of  the MSM:

After two years of police investigation into charges of sexual harassment of his employees, Dr Rajendra Pachauri has finally been removed from his position at the Energy and Resources Institute (Teri), formerly the Tata Energy Research Institute, which he ran for 35 years.Plucked from obscurity in 2002 to become chairman of the UN’s Intergovernmental Panel on Climate Change (IPCC), Pachauri was long hailed as one of the world’s leading climate experts, even though, as a former railway engineer, he had no qualifications in climate science whatsoever.

Pachauri was under fire for the 2007 report:


In 2010 he came under worldwide fire for having very actively presided over the IPCC’s 2007 report, when it was revealed (not least in this column) that nearly a third of its citations were not from scientific sources at all, but from propaganda leaflets and press releases from climate activist groups, such as Friends of the Earth and WWF. Even when the IPCC had to apologise for one particularly ludicrous WWF-inspired claim that the Himalayan glaciers might all disappear by 2035, Pachauri clung on to office and simply hired the man responsible to work for him at Teri.

The sting is in the tail of Christopher Booker great piece:


it is perhaps unfortunate that his eventual downfall should have come about for a sexual scandal and not for his controversial conduct as head of a hugely influential global body that he was never equipped to run in the first place.