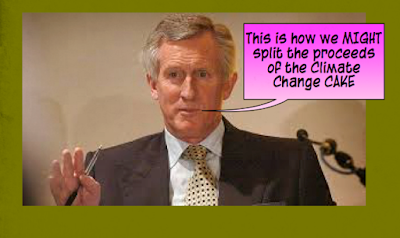 John Hewson, was federal leader of the Liberal Party of Australia and Leader of the Opposition from 1990 to 1994. He led the Coalition to defeat at the 1993 federal election. (source: Wiki)

As reported by Business Spectator in 2012, (link) Hewson


became active in trying to raise capital for businesses and technologies in carbon abatement, building on his earlier career as an investment banker. John Hewson has now taken up the Chair of the Asset Owners Disclosure Project, an initiative aimed at getting retirement and superannuation funds to pay more heed to the risks of climate change and the need to invest more money in companies that reduce carbon emissions.

Again in October 2015,  this Green former leader of the Liberal Party (link)


launched a scathing attack on Peter Costello for being “wilfully blind to the risks of climate change” in his management of Australia’s massive sovereign wealth fund, even accusing the Howard-era Treasurer of “a clear breach of fiduciary duty”.

Obviously, John Hewson has been fooled by the AGW hoax. So it is not surprising that the alarmist ABC reported

"In our work, only 7 per cent of the top 500 asset owners of the world of our last year's survey could actually measure the climate risks that they were running. And only about 1.5 per cent actually had a strategy for managing those risks."

"Some combination of those three could easily precipitate a financial crisis, which sees the value of many assets fall."


or could this happen?

And John Hewson MIGHT look at the empirical evidence that reveals that man-made global warming is a hoax.