Time For Obama To Tell The Truth About Paris Climate Agreement 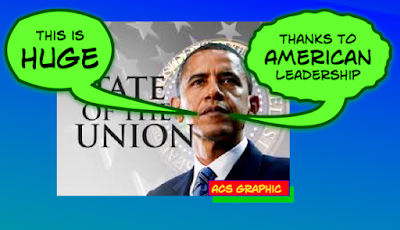 In his final State of the Union address this evening, President Obama will almost certainly highlight the role his administration played in securing the Paris Agreement on climate change. Following the announcement of the accord last December, he tweeted:

“This is huge: Almost every country in the world just signed on to the#ParisAgreement on climate change—thanks to American leadership.”— Barack Obama (@BarackObama) December 12, 2015

But what Obama did not tell Americans, and will undoubtedly not admit tonight, is that the accord is dangerously flawed. It is, in effect, another Kyoto Protocol since, like all United Nations greenhouse gas (GHG) emission reduction agreements, it provides an opt-out clause for developing nations, the source of most of today’s man-made GHG.
The Paris Agreement starts:

“The Conference of the Parties, … recalling Articles 2, 3 and 4 of the Convention.”

The ‘Convention’ refers to the United Nations Framework Convention on Climate Change (UNFCCC), signed by President George H.W. Bush and other world leaders at the Earth

Mention the Medieval Warm Period and the shrill bluster their way out of addressing it by saying that it was only a Northern Hemisphere phenomenon. Like almost all the other shrill pronouncements, that is wrong.

Now, a new study has been published (Climate Depot - Link): 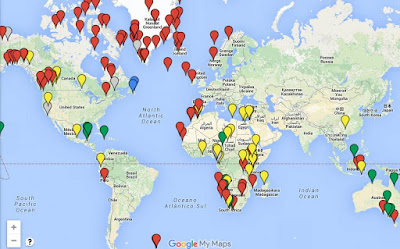 About 1000 years ago, large parts of the world experienced a prominent warm phase which in many cases reached a similar temperature level as today or even exceeded present-day warmth. While this Medieval Warm Period (MWP) has been documented in numerous case studies from around the globe, climate models still fail to reproduce this historical warm phase.

Climate Depot writes: Surprisingly, the media have not picked up on this important issue.(my bold)

Most of the MSM have been blatant pushers of the CAGW hoax, so, it is NEVER surprising when the MSM deliberately refuse to publish news that goes against the falsified AGW hypothesis.