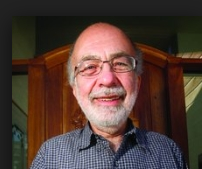 Sad news today; Roger Cohen has passed away  after a courageous battle with a malignant brain tumour.

Here is a bio that Dr Roger sent to Will Happer in May 2015.

Roger W. Cohen is a theoretical physicist and industrial manager with more than 40 years of experience in a variety of industrial research areas and responsibilities. He received his B.S. Physics from MIT; an MS and PhD in Physics from Rutgers and completed the Executive Program at the Harvard Business School.

Dr. Cohen has held a number of technical and managerial positions in the electronics and communication industry and the energy industry.  He spent 16 years at GE (nee RCA Laboratories) where he successfully demonstrated the first germanium-silicon thermoelectric power generator.  This technology subsequently powered a series of outer solar system exploration spacecraft: Voyager (launched 1977), Galileo (launched 1989), Cassini (launched 1999), and New Horizons Pluto Mission (launched 2006).  The oldest power units in these spacecraft are approaching their 40th year of service.  He was a member of the team that successfully developed and commercialized the world’s first commercial 100,000+ Gauss superconducting magnet, a major breakthrough in the industrial application of superconductivity.  Collaborating with Dr. Curtis R. Carlson, he developed an information theoretic description of the human visual system and associated software that simulates the human ability to perceive differences in displayed images.  This work led to many commercial pattern recognition and image quality applications, and several awards, including the first Otto Schade Prize for an outstanding scientific achievement in the advancement of functional performance and image quality of information displays, and a special Emmy award for improved high definition television.

Dr. Cohen initiated and led the only industrial research activity in basic research on climate change.  This activity has participated in the worldwide science effort, including lead authorship of key chapters of major IPCC reports. In the late 1980s Dr. Cohen turned to technology development.  He formed and led an Innovation Group to develop and commercialize technology ideas for retail marketing.   His team demonstrated the world’s first vehicle recognition/payment technology in a retail fuel setting, evolving into the current SpeedPass® system.  Becoming Manager of Research Planning and Programs, Dr. Cohen initiated and deployed new strategies for key technology assets in energy, leading to the development of new high strength steels for gas pipelines, inter-corporate partnerships to advance fuel cells for transportation applciations, novel technologies to find and produce hydrocarbon resources, and technologies for environmental bioremediation.  He established and led the first-in-industry competitive technology intelligence function and developed and implemented program planning systems for new science knowledge assets and to deliver new technologies for operations and strategic resource acquisition.

Dr. Cohen has published approximately 50 publications in the areas of materials, electronic devices, energy, the human visual system, and technology management.  He is a Fellow of the American Physical Society.  He has served on Visiting Committees in the physics departments at the University of California at San Diego and the University of Texas at Austin.
Dr Cohen is married to Lorraine Yapps Cohen, a chemist with an MBA in marketing.  He is the father of two children: Geoffrey, the James G. March Professor of Organizational Studies in Education and Business and Professor of Psychology at Stanford University, and Barbara, Special Education Teacher in the Newton MA elementary school system.  He and Lorraine live in Durango, Colorado in the beautiful San Juan Mountains.

Roger, with other members of the American Physical Society, had opposed the APS statement on climate change:

A new letter to the American Physical Society (APS) from physicists Roger Cohen, Laurence I. Gould, and William Happer makes it clear that the 2015 revision of the Society’s 2007 statement on climate change still hasn’t been revised enough.

One major point of contention, the unacceptable use of the heavily loaded term “incontrovertible,” has been addressed, but the process by which that word slithered into the statement has not been dissected thoroughly enough, and dissenting scientists say promises to consult them on the new statement have not been honored.

His science and his funny pithy comments will be 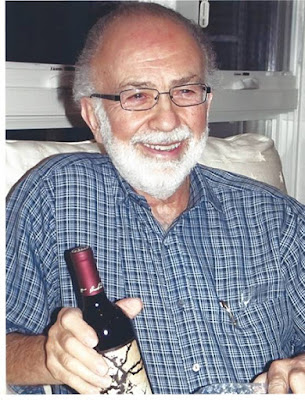