There is no empirical evidence to support climate alarmism. Malcolm Roberts vs the hack alarmists.

Intrepid fellow that he is, Malcolm Roberts, newly elected senator on the PHON ticket, does not shy away from going into the Lion’s Den, or should that be the scalded cat’s litter-box, of the ABC. The ABC is a notorious  and biased advocate for the scams of alarmism and renewable energy.

The ABC can be expected to gun for Malcolm as Barrie Cassidy did in a desultory fashion on Insiders. Malcolm was more than a match for Cassidy as was David Leyonhjelm. While both Roberts and Leyonhjelm made a fool of Cassidy over the repugnant and sinister S.18C an important distinction between Leyonhjelm and Roberts over alarmism was apparent. Roberts opposes alarmism and renewables because they have no science to back them up and therefore measures like a CO2 tax have no justification. Leyonhjelm on the other hand does not quibble with alarmist science. He opposes a CO2 tax because no-where else in the world is this being done and therefore it would be fool-hardy for Australia to go it alone. An important distinction.

Malcolm also appeared on the ABC’s youth orientated Tripe J’s Hack and spoke sense. Naturally this did not impress and the response was to get some alarmist experts to refute what Malcolm had said. If it were not serious because of the vast amounts of money the government is wasting on alarmism and
renewables it would be hilarious. The experts the hack got to repudiate Roberts were: JohnCook and Steve Sherwood.

I have had some stoushes with Cook who from my experience turns up, adopts a condescending tone and then disappears when awkward questions such as how his paper on the consensusinstead proves there is no consensus, are asked.

At Hack Cook attempts to contradict Roberts reasonable conclusion that there is nothing unusual about the current climate by using the 4 atomic bombs comparison. This comparison is typical of alarmists. They have no facts so they resort to grotesque images and hyperbole. Supposedly human influence on the environment is like 4 atomic bombs going off every second. This is beyond stupid and it is alarming that not only people like Cook use this rubbish as Joanne Nova shows but supposedly top academics like Mike Sandiford. I deal with Sandiford at a previous post here which shows what is really behind this absurdity: misanthropy. 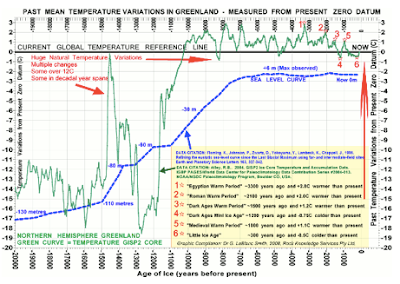 The slight increase in temperature over the last century of less than 1C cannot be compared with past natural increases and decreases of temperature over similar periods or less of up to 12C: 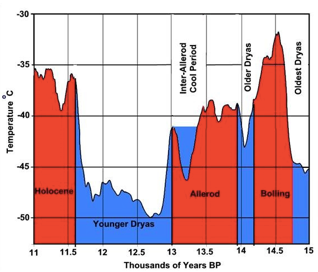 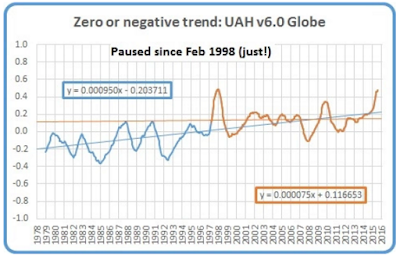 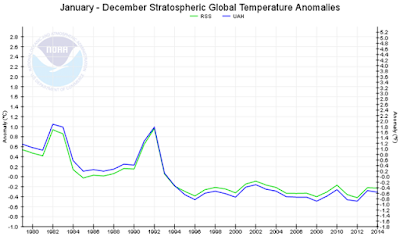 Finally, Hack wheels out the big gun of Steve Sherwood to refute Malcolm’s claims that humans are not causing the increase in CO2. Sherwood is infamous; he has been inventing the Tropical Hot Spot (THS), the Holy Grail of alarmism, for years. As far back as 2008 Sherwood was discovering a THS where none existed. This 2008 paper typifies alarmism. Sherwood repudiated the instrument data because it did not show a THS and developed a windshear model which showed if there was windshear there would be warming. The stupidity of this was the instruments which were not good enough for temperature were used to establish windshear and model predicted temperature. In short he invented the evidence and called it modelling. And Sherwood keeps doing this as Jo Nova noted.

It is now well established that the increase in CO2 over the 20thC is almost entirely natural. The Airborne Fraction which is the % of Human CO2 in the atmosphere has not changed as the atmospheric CO2 increases: 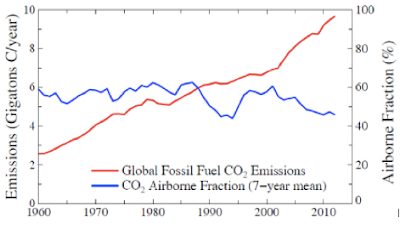 As I explain if the proportion of Human CO2 is not increasing it must mean that nature is causing the increase. This is consistent with Henrys Law as Jamal Munshi explains in his paper. But facts are irrelevant to alarmists. They believe in their ideology. This is why we need someone like Malcolm Roberts in the senate. He won’t change their beliefs but hopefully he will convince the people in the middle and if enough people voice their opposition to this oppressive ideology of global warming the true believers will be removed from their undeserved positions of influence.

So despite the idiots at Hack supposedly repudiating Roberts they have in fact once again demonstrated the truth of what Malcolm says:
there is no empirical evidence to support alarmism.
Posted by Geoff on August 08, 2016