Climate Science is NOT Settled

A Statement by Viv Forbes, Founding Secretary of “Clexit”
31 August 2016

For at least a decade we have been told by the UN/IPCC, by most government media and officials, by many politicians, and by the Green “charities” and their media friends that “the science is settled”.

We are lectured by Hollywood stars, failed politicians and billionaire speculators that anyone who opposes the World War on Carbon Dioxide is ignorant, mischievous or supporting some hidden vested interest. We endure calls for an end to free speech for climate sceptics, smearing with derogatory terms like “denier”, and even aggressive punishments like dismissal and legal action against sceptics for speaking out. The new low is the use of anti-racketeer legislation against sceptics.
We notice the sudden and unexplained denial of pre-booked sceptic conference facilities and the steadfast refusal of alarmists to debate facts and issues.

Why are they so afraid of words? Surely this is a sign that their facts are shonky and their arguments are feeble? They fear they are losing the confidence of the public.
The tide is turning, and informed opposition is growing. It is time for the thinking media to give sceptical evidence and conclusions a fair go in the court of public opinion.
In a short time with no costly international meetings and very little publicity, Clexit has gathered the

US Biofuels increase rather than decrease CO2 emissions. 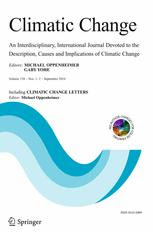 An article published in Climate Change under the title

comes to the conclusion that:


Once estimates from the literature for process emissions and displacement effects including land-use change are considered, the conclusion is that U.S. biofuel use to date is associated with a net increase rather than a net decrease in CO2 emissions.

Uh-oh! Another nail in the coffin of the AGW hoax,

The use of liquid biofuels has expanded over the past decade in response to policies such as the U.S. Renewable Fuel Standard (RFS) that promote their use for transportation. One rationale is the belief that biofuels are inherently carbon neutral, meaning that only production-related greenhouse gas (GHG) emissions need to be tallied when comparing them to fossil fuels. This assumption is embedded in the lifecycle analysis (LCA) modeling used to justify and administer such policies. LCA studies have often found that crop-based biofuels such as corn ethanol and biodiesel offer at least modest net GHG reductions relative to petroleum fuels. Data over the period of RFS expansion enable empirical assessment of net CO2 emission effects. This analysis evaluates the direct carbon exchanges (both emissions and uptake) between the atmosphere and the U.S. vehicle-fuel system (motor vehicles and the physical supply chain for motor fuels) over 2005–2013. While U.S. biofuel use rose from 0.37 to 1.34 EJ/yr over this period, additional carbon uptake on cropland was enough to offset only 37 % of the biofuel-related biogenic CO2 emissions. This result falsifies the assumption of a full offset made by LCA and other GHG accounting methods that assume biofuel carbon neutrality. Once estimates from the literature for process emissions and displacement effects including land-use change are considered, the conclusion is that U.S. biofuel use to date is associated with a net increase rather than a net decrease in CO2 emissions.

Glickson, consensus and hysteria: the state of alarmism

Andrew Glikson is implacable in his alarmism. His latest effort is to organise 154 fellow academics, all on the public teat, to write a letter pleading to shut down coal and basically Australia’s economy.

The letter is a cliché of alarmist platitudes and shibboleths. One such cliché is misanthropy. Glikson and his fellow alarmists agree with Turnbull’s ridiculous statement that human influence on Earth is a massive science experiment with catastrophic results. Glikson is like other alarmists who compare human influence to 4 atomic bombs going off every second. Why do alarmists never consider human influence as good and beneficial. We are always bad in their eyes and a blight on the Earth.

Another cliché is vanity. The idea that humans can control, even in a negative way, the climate of Earth is akin to King Canute wondering down to hold back the waves. Human CO2 is negligible compared with natural CO2 and human energy miniscule compared to planetary and solar forces. Even if you accept alarmism’s estimate of the forcing effect of the increase in CO2 (and that humans are responsible for this increase, which they are not) of 3.7W/m^2 accumulating over the next century this is dwarfed by just one daily natural process of condensation which William C Gilbert in his excellent paper notes involves fluxes exceeding 1000W/m^2. The idea that anything humans do can match natural process is delusional and manifestly wrong.

Glikson and his fellow alarmists have no shame. One of the other academics on the list is Chris
Read more »
Posted by Geoff on August 28, 2016 1 comment: Links to this post 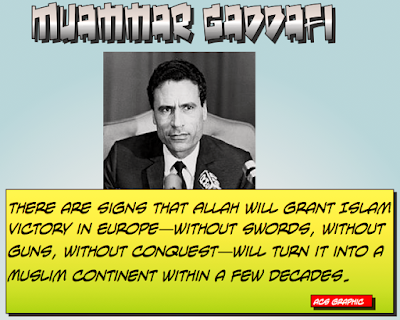 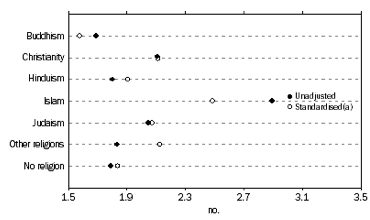 The media and the police commonly describes Muslim perpetrators of violence as disturbed or otherwise mentally unsound. This is done to prevent a connection with Islam, to expedite the myth that Islam is a peaceful religion and, as I described in part 2, to prevent any backlash against Muslims.

But is Muslim violence/terrorism a product of insanity or a fundamental ideological difference between the West and Islam?

Islamic advocates claim to love death more than non-Muslims love life but eschatological ideologies have existed before. And many ideologies have sacrifice at their centre. These characteristics therefore do mean the Muslim killer is mad even if they kill themselves.

In Islam, it is not how one lives one’s life that guarantees spiritual salvation, but how one dies. It is

A recent attack has occurred in Townsville when a French national stabbed and killed one and seriously wounded 2 others while shouting Allahu Akbar.

Despite the regularity of this happening in attacks by Muslims the authorities and the media persist in shrouding this straightforward context with claims of possible mental illness, motive unknown or blatant declarations that the event has nothing to do with Islam.

This pattern of disavowal of what is overwhelmingly obvious follows a dreary and predictable pattern which is described here. Dominating the response to terrorist attacks by the media and the police is a concern for the Muslim community. When the Muslim Monis invaded the Lindt café and eventually killed Tori Johnson the police immediately set up a task-force called Operation Hammerhead. Operation Hammerhead was designed to prevent any backlash against the Muslim community. This was the paramount concern by the police hierarchy.

There was no backlash except a growing political disenchantment with the deceit and betrayal by the political and media class. The Lindt café terrorist event sums this up perfectly: as the lives of the

The media coverage of Islam in Australia with a few exceptions defends Islam by defaulting to a number of stock positions such as:

I have written a number of essays on Islam and I plan to look at some of the common myths or excuses given by the media and politicians to explain Islam to the wider community.

A common myth is that Islamic women willingly wear the burqa and other Islamic clothing. On general principles it makes no sense to assume a rational person would willingly subscribe to and subject themselves to such restrictions as imposed by Islamic dress. 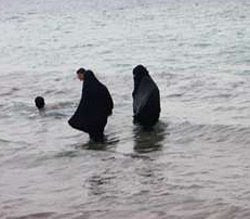 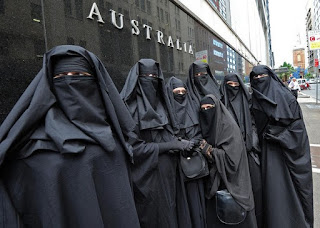 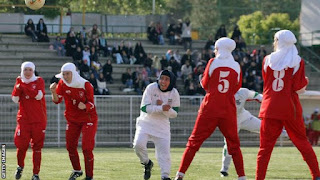 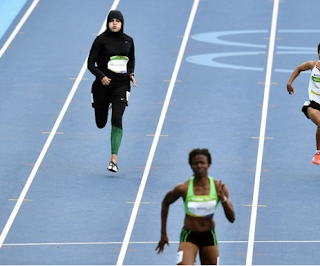 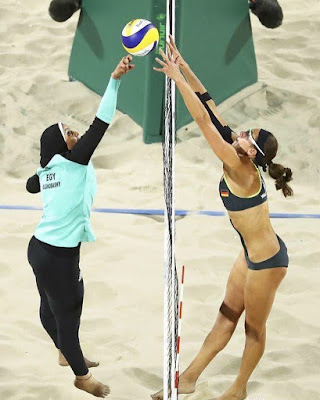 While it is true many Muslim women not only wear such restrictive and defining clothing but advocate it, does this make it right or even an act of free will?

Islam is defined by its oppression of women. In many Islamic nations women have no status at all. The psychological effect of this lack of rights is profound. Many studies have found that when humans are subject to oppression they often take on and support their oppressors. This effect is known as the Stockholm Syndrome.

The Stockholm Syndrome is related to the Milgram and Stanford prison experiments where an analysis of responses to authority was made. The conclusions these studies provided is that people conform to authority even when it is against their and other person’s interests and even unethical. This can explain why Muslim women not only accept their lack of status and power within Islam but also why Islamic women cooperate in that oppression against other women in such barbaric practises as female genital mutilation and honour killings which are frequent in Islamic societies.

It also explains why women willingly accept the restriction of Islamic clothing. The Muslim clothing is a separating and defining aspect of Islam. It works as a uniform, distinguishing the Islamic woman, marking her as a possession of Islam and separate from Western values.

France has banned the burqa as have other nations. Apart from the practical aspect of security and identification the banning of the burqa has great symbolic value. The presence of a burqa on a Western street echoes what Turkish leader Erdoğan said about Mosques:

The mosques are our barracks, the domes our helmets, the minarets our bayonets and the faithful our soldiers

That is a burqa asserts that Islam is present along with Islamic values. Just as Sharia, halal and other Islamic values are an intrusion by Islam into Western society so is the burqa.

Regardless of whether Muslim women willingly wear the burqa, which seems both unlikely and irrational, it remains an assault on Western values. For this reason the burqa and other Islamic dress should be banned in Western society.