Scientific Consensus: Is it a reality or is it a fantasy? 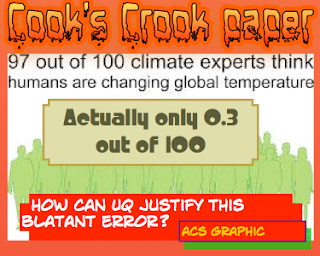 “I want to pause here and talk about this notion of consensus, and the rise of what has been called consensus science. I regard consensus science as an extremely pernicious development that ought to be stopped cold in its tracks. Historically, the claim of consensus has been the first refuge of scoundrels; it is a way to avoid debate by claiming that the matter is already settled. Whenever you hear the consensus of scientists agrees on something or other, reach for your wallet, because you’re being had.

“Let’s be clear: the work of science has nothing whatever to do with consensus. Consensus is the business of politics. Science, on the contrary, requires only one investigator who happens to be right, which means that he or she has results that are verifiable by reference to the real world. In science consensus is irrelevant. What is relevant is reproducible results. The greatest scientists in history are great precisely because they broke with the consensus. 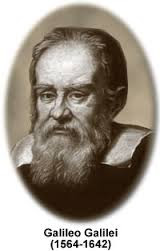 Another failure for the Crook Mr Crook and his disinformation site.

The Realists used real world empirical data whilst the shrill, like John Cook's SS site, use models. The models, year by year depart further from the empirical data.  And like Galileo, the Realists are attacked by the adherents to the Church of Global Warming and are insultingly and falsely called "Climate Change Deniers." 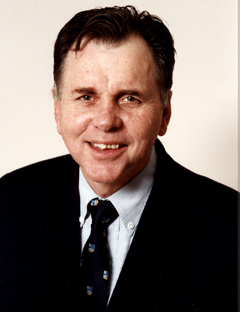 Before Barry Marshall, the "Scientific Consensus" was that (Link Hopkins Medicine)


it was believed lifestyle factors, such as stress and diet caused ulcers. The medical elite thought they knew what caused ulcers and stomach cancer.


But they (medical elite) were wrong - and did not want to hear the answer that was right.

In 1981 Marshall began working with Robin Warren, the Royal Perth Hospital pathologist who, two years earlier, discovered the gut could be overrun by hardy, corkscrew-shaped bacteria called Helicobacter pylori. Biopsying ulcer patients and culturing the organisms in the lab, Marshall traced not just ulcers but also stomach cancer to this gut infection. The cure, he realized, was readily available: anti­biotics. But mainstream gastroenterologists were dismissive, holding on to the old idea that ulcers were caused by stress.

Unable to make his case in studies with lab mice (because H. pylori affects only primates) and prohibited from experimenting on people, Marshall grew desperate. Finally he ran an experiment on the only human patient he could ethically recruit: himself. He took some H. pylori from the gut of an ailing patient, stirred it into a broth, and drank it. As the days passed, he developed gastritis, the precursor to an ulcer: He started vomiting, his breath began to stink, and he felt sick and exhausted. Back in the lab, he biopsied his own gut, culturing H. pylori and proving unequivocally that bacteria were the underlying cause of ulcers. (link)

So, against the prevailing 'scientific consensus' Marshall proved it wrong and he and his fellow researcher Robin Warren, the hospital pathologist, in 2005 were awarded  the Nobel Prize in Physiology or Medicine


The medical elite thought they knew what caused ulcers and stomach cancer........ But they (medical elite) were wrong - and did not want to hear the answer that was right.

Have a familiar ring to the AGW followers with a political bent whose major aim is a UN-led World Government?

As David Morrison writes (reviewing Powell's Four Revolutions in the Earth Sciences: From Heresy to Truth):


The simple answer is that scientists accept theories when the data demand that they do so. However, the process is not simple, and there have been times when entire scientific communities pursued dead ends and persisted in error even in the face of transformative new data. (link)

AND there are times when the entire shrill scientific community deny the empirical data and rely on flawed models that have been shown to be erroneous.

n
1. general or widespread agreement (esp in the phrase consensus of opinion)

If a consensus means widespread agreement, how is it that 31000 scientists have signed the Petition Project?

If a consensus means widespread agreement, how is it that, although the handful of board members of the American Physical Society pledged their agreement to the Church Of Global Warming, an independent poll of the members found that it was roughly 50:50 for and against. 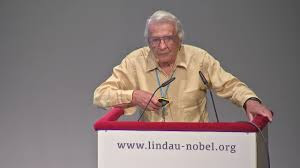 If there is widespread agreement, how is it that a true Nobel Prize winning scientist (unlike people like Michael Mann who have falsely claimed winning a Nobel) Physicist Dr. Ivar Giaever, who voted for POTUS Obama, now says Obama is dead wrong: (link)


Giaever was one of President Obama’s key scientific supporters in 2008 when he joined over 70 Nobel Science Laureates in endorsing Obama in an October 29, 2008 open letter. Giaever signed his name to the letter which read in part: “The country urgently needs a visionary leader…We are convinced that Senator Barack Obama is such a leader, and we urge you to join us in supporting him.

But seven years after signing the letter, Giaever now mocks President Obama for warning that “no challenge poses a greater threat to future generations than climate change”. Giaever called it a “ridiculous statement.”

“That is what he said. That is a ridiculous statement,” Giaever explained.

“I say this to Obama: Excuse me, Mr. President, but you’re wrong. Dead wrong,” Giaever said.

AND yet, the scoundrels pushing the falsified AGW hypothesis still cling to the consensus. Shame on them.

The nation that controls(?) the world is the United States of America. POTUS Obama, like most of the world's leaders attended the first day and then, before the oxen output hit the fan, escaped to leave the scrapping to the lesser mortals in their regime.

This blog has written before of Secretary of State John Kerry many times, inter alia:- 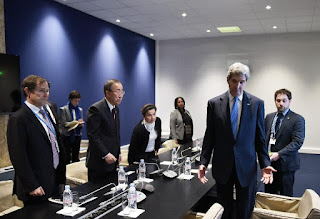 Now, at #COP21 in Paris, SecState Kerry has said that the #COP21 agreement should be binding:

That was Wednesday. Gee, you can't expect SecState Kerry to hold that opinion for ever, can you?

In fact, later, on Wednesday, (link)

The upcoming Paris climate change conference will not result in a legally binding agreement that would demand specific carbon emission reduction targets from various countries, US Secretary of State John Kerry said in an interview with The Financial Times.

What? Kerry demanded a "legally binding enforcement system" and then said what?


US threatens to walk out of Paris pact over financial obligations

"a climate agreement with a legally binding enforcement system.."

Kerry  did an about face and said